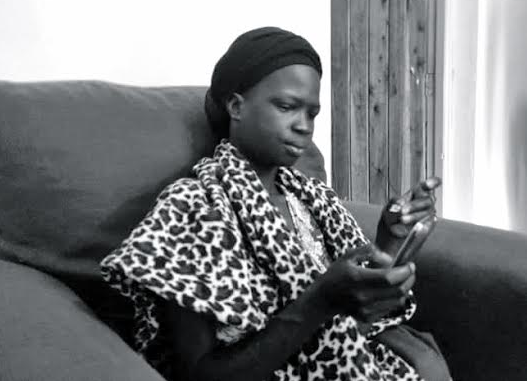 Nyakong who cast as a ’secret keeper’ with stage name as ‘Nyakakah’ appeared on the Brown Stone Movie in 2009…. she survived with four kids.

Her husband Deng Gony wrote on his facebook wall that he made everything possible to prevent the death but God decided to takes her life.

“Nyathiang, you know our friends, families and I did all we could to safe your life but unfortunately, none has power over death but only God. Bless our gifts and keep watching after them, as I know that dead are living. I love you so much and I will miss you in my entire life. Rest in Peace my Humble Beautiful Wife.”

The Director of Brown Stone Movie, Peace Ambassador Gatwech Koak Nyuon expressed his heartfelt and urged the actresses and actors to pay the last respect to the deceased.

“I’m very sorry and very disappointed to learn that one of our brilliant and great colleague passed away in Nairobi Kenya. On behalf of Brown Stone Movie members, I publicly declare our position to pay the last respect to our charismatic and great thinker who dedicated her life and times to change her beloved community through Movie. I also extended my heartfelt and deep condolences on behalf of the Brown Stone Movie to immediate family of the Late. Madam Nyakong in this tragedy moment. We are with you and will always remember Nyakong’s name as Heroine. Everything must be handover to our Lord Almighty.” The statement partly read.

Peace Ambassador appealed to Brown Stone Movie members around the World to mark the March 17, 2015 and uses it as ‘black-day’ in life.

BROWN STONE is an abbreviation that stands for: Blacks’ Rights Organization for the Will of the Nations – System Technology Objectives for New Education.

Lul Tuach Dojiok aka~LTD recalled the last moment with Nyakong. “It’s unexpected to hear such a very shocked news. Nyakong was not only a movie star, but a great mother to all of us.” Lul, one of the Brown Stone’s members who was cast as the ‘jungle man’ said on the phone from Ethiopia.

Meanwhile, Peace Ambassador Gatwech Koak Nyuon added that members would soon convene to suggest whether a new song or a new short-movie would be scripted for dedication so that her name remains on the Earth. “ This is our task to make her name remain with us in consultation with Mr. Deng. We need to do something for commemoration.” Gatwech wrote.

Brown Stone Movie is the first Nuer Movie produced and screened on 19 December 2009 in Nairobi Cinema before the South Sudan gained her independent. It’s acted in Nuer Language with seventy-two (72) actresses and actors casted in the action.