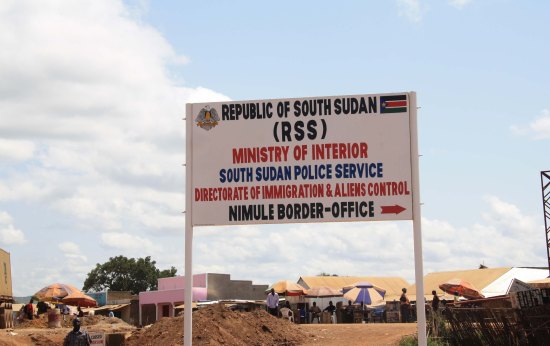 April 17th, 2015 (Nyamilepedia)-There is no law in South Sudan’, a resident of the town of Nimule, Eastern Equatoria, explained: ‘You see the police cell there is for those who are very poor. You will never see a rich person in that prison for the rest of your life. Trust me, this is true.’ This elder echoed views expressed by many other participants in research for the Justice and Security Research Programme in Nimule that ‘some people are above the law’, protected by their economic status, political allegiance or ethnic identity. In many instances, when crimes are reported or ‘referred up’ from the customary courts, ‘no action is taken’. There are also practical obstacles, including the financial costs: a victim of a crime may need to pay to open the case, to fund transport for police to make the arrest, or even to provide food for the accused once in prison.

And there is fear of retribution, especially if the perpetrator is associated with the security forces or is politically influential. People spoke of occasions when they, or a member of their community, endured further suffering on the floor of a police cell or a beating in the barracks following a complaint. If you ask ordinary citizens about their experiences of the justice system in Nimule, you will hear of cases that never reached the courts, illegal detentions, intimidation, torture and violence.

The justice system in South Sudan is opaque, but we cannot assume that it is simply dysfunctional. Part of the problem is that people experience justice differently depending on where they live and who they are. Justice is fragmented: statutory courts handle criminal cases, and customary courts take civil cases, but the boundaries between them are blurred and in practice most cases are taken to the latter, initially at least. This is complicated further by the fact that there are at least sixty varieties of customary court, presided over by chiefs, making cases involving members of different ethnic groups difficult to adjudicate. The chiefs sometimes notoriously give license to discrimination, criminality and abuse, yet people are ready to declare their respect for these courts, and some chiefs are willing to undertake reforms. We need to know more about the everyday practices of these courts, their judgements and whether and how these processes are evolving. Meanwhile, the formal legal system in South Sudan is at best slow and at worst repressive, understandably there are calls for both judicial and legal reforms, but there have been many recent changes, including a Bill of Rights in the 2011 Transitional Constitution, and occasionally lawyers and individual judges manage to deliver.

By looking at specific cases, we can begin to identify more precisely the ways in which justice serves political or commercial interests, and how it is invoked in endeavors to challenge these.

Importantly, despite the manifest problems with its delivery, justice still resonates as a principle and ideal. When JSRP and Justice Africa researchers visited Nimule in April 2014, women and men voiced their views on the justice system in a series of four discussion groups, each attended by some twenty people, in different parts of the town. Some asked Justice Africa to return to organize a series of workshops on justice to inform them about the law. These were duly organized in August 2014, and were led by South Sudan Women Lawyers’ Association (SSWLA). In their contributions to the workshops, and in interviews, people mainly described social injustice and flaws in the state system of justice. The lawyers acknowledged that many of the laws and institutions they referred to existed mainly on paper. However, they conjured up a vision of justice to be realised in future: ‘I’ve been running after a case for over two years now.

The case was decided in the court and I won it. We went for execution, but a gun was taken out and we were threatened. Still we did not lose hope. The rights are written in the constitution. I will fight until I achieve it. So live with your hope.’

A recent civil forum on justice and reconciliation in South Sudan also reflected this aspiration for justice. The forum brought together 65 lawyers, academics, students, women activists, church leaders and representatives of civil society groups at the University of Juba on 14 April 2014, organized by Justice Africa and SSWLA with support from the JSRP. Their contributions indicated that the justice system is Janus-faced. Impunity is rife, to the extent that the perpetrators of atrocities have been rewarded, while ‘no one talks of reparations’ for the victims. Customary courts are resilient; they function despite conflict, and can serve to ‘listen and mediate’ but they are also seen to be implicated in violence, inequality and abuses, such as bride price inflation, which is associated with cattle raiding, or girl child compensation. Some practices of justice fuel conflict, while others may be resources for peace, yet no one doubts the urgent necessity of reform.

The quest for justice is becoming more vigorous in South Sudan, even as civil space is narrowing. Some human rights groups are uniting around a transitional justice strategy, demanding a hybrid court, with jurisdiction over crimes committed within South Sudan since the conflict broke out on 15 December 2013, as well as institutions to promote truth-telling, reconciliation and healing. As Justice Africa’s policy brief concludes, there is an awareness that: ‘Peace will remain elusive in South Sudan without collective efforts to transform the justice system, uphold basic rights and eradicate corruption and militarism’. One step towards this would be to improve documentation of violence and abuses: participants in the forum agreed that ‘We need to do research, record people’s stories’. Similarly, progress requires a better understanding of how people experience the everyday workings, and failings, of the justice system.

Rachel Ibreck’s research is concerned with the politics of memory and struggles for human rights in Africa. She holds a PhD in Politics and International Relations from the University of Bristol, and has also worked in human rights organizations, including Justice Africa. Within the JSRP, she is contributing to research on experiences of justice in South Sudan.

← Defections by Anyone, At Anytime to Join-The People’s is Heroic and Always welcome!!!
Which do you choose? Peace or War? →

Gen. Malong: I am not convinced Amb. Telar died from Corona

Press release: Condemnation over the gruesome killing of Gaajaak civilians from Longechuk County