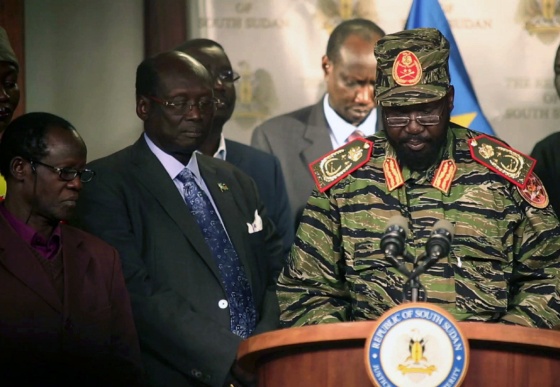 May 24, 2015(Nyamilepedia) –– The United Nations Special Representative for South Sudan, Ellen Margrethe Løj, has urged accountability and justice for those responsible for gross human rights violations committed as a result of South Sudan’s continuing fighting.

The announcement came as Ms. Løj completed a visit to a protection-of-civilians (PoC) site run by the UN Mission in South Sudan (UNMISS) in Bentiu, located in the country’s Unity state, and following a recent enlargement of the camp.

According to a joint press release issued earlier today by UNMISS and the International Organization of Migration (IOM), the PoC site’s extension work included ground works to improve drainage before the rainy season and the establishment of humanitarian services and shelter amid a growing influx of displaced persons fleeing the country’s violence.

More than 60,000 internally displaced persons have sought shelter and assistance at the UNMISS camp in Bentiu, and an additional nearly 25,000 at the UNMISS camp in Malakal, only further magnifying a dire humanitarian crisis caused by an ongoing military offensive in Unity state which has relentlessly targeted civilians and destroyed countless homes.

“UNMISS is deeply troubled by reports of grave violations and abuses of human rights perpetrated during the fighting,” Ms. Løj declared in the press release.

“We must be able to document these crimes by being given unimpeded access to areas where violence has occurred,” she continued. “I want to reiterate how important it is to hold accountable all those who committed atrocities against civilians during the fighting.”

South Sudan’s ongoing conflict began in December 2013 and has been marked by brutal violence against civilians and deepening suffering across the country. Overall, some 119,000 people are sheltered in UN compounds while the Organization estimates that the number of people in need for 2015 will include an anticipated 1.95 million internally displaced persons (IDPs) and a projected 293,000 refugees.

Moreover, in recent weeks, the fighting in the country has worsened considerably.

Just last Friday, UN High Commissioner for Human Rights Zeid Ra’ad Al Hussein warned that UN human rights monitors had been denied access to various sites in Unity state by members of the Sudan People’s Liberation Army (SPLM/A) as they sought to verify reports of widespread killings, rapes, abductions and the burning and destruction of towns and villages throughout Unity state.