In dismissing Riek Machar and sending Pagan Amum for investigation, South Sudan’s Salva Kiir has taken a bold step towards consolidating power, if it holds. 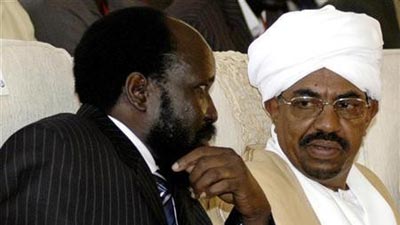 Machar and Amum were his top rivals for power. In fact, Machar recently declared that he intends to be the SPLM candidate for the 2015 presidential elections. Both men have criticised Kiir for failing to share power and to meet the aspirations of the fledgling nation.

Amum was banned from speaking to the media and told that he cannot leave Juba until investigations are over.

By doing so, Kiir hopes to consolidate his power, which is what some of his young supporters want him to do. But he may have bit off more than he can chew. The men he has antagonised are not only powerful within the ruling SPLM, but they have the backing of some of Sudan’s most potent tribes.

Is South Sudan heading to a civil war? It is still too early to tell. What is clear, however, is that Kiir’s actions didn’t come out of the blue. The South Sudanese leader knew that several of his ministers wanted him out of office. One may say that the recent measures were his attempt to consolidate power before it was too late.

It is also worth noting that these measures have widespread support among the young echelons of the SPLM. Kiir has also taken other steps that may help him win the current power struggle. In particular, he was able to win the support of militia leaders who came back to South Sudan after Kiir promised them government posts.

Still, there are claims that Kiir is trying to create a dictatorship in South Sudan. His critics say that what he cares about is power, not the interests of the nation.

His actions have the stamp of approval of powerful African statesmen, such as Uganda’s Yoweri Museveni, who has on more than one occasion said that the fledgling nation needs a strong hand at the helm. But there is a hint of despair in the uncharacteristic impetuousness of the recent measures.

South Sudan is still a fragile society, riven with clan rivalries, borne out of war, locked in uneasy relations with its northern neighbour. It is landlocked, short on decent infrastructure, embroiled in internal conflict, steeped in corruption, and in dire need of domestic solidarity.

The recent measures are certain to antagonise the Nuer tribe of Machar and the Shilluk tribe of Amum. Kiir knew that, but he obviously decided that it was a risk worth taking.

The power struggle, which is now in full swing, will have to be resolved by one of two ways. Either Kiir’s rivals would be able to answer him through peaceful means by trying to win the next election, or they would decide that the time for peacefulness is over and that they must oust him though military confrontation, or a coup.

If the worst happens, and South Sudan becomes embroiled in tribal warfare, Kiir’s backers in the Dinka tribe may discover that they not only have to contend with the country’s two other major clans, the Nuers and the Shilluks, but with a host of other ethnic groups who have not been fully integrated into the country’s fledgling political scene.

The Dinkas have controlled the political scene since the formation of the SPLM. But this time there may be new players in the field. Tribes such as the Azande and the Bari may turn out to be major contenders if the country slips down the path of tribal warfare. This maybe explains the strict security precautions taken in Juba on the eve of Kiir’s recent decisions.

What is also clear is that the SPLM may not survive the current crisis intact. Even if Kiir manages to maintain his hold on this organisation, it is likely that the supporters of his rivals would walk away.

The turmoil that South Sudan is about to go through may prove detrimental to the nation. The country is at the verge of economic collapse, having lost its main revenue since Sudan blocked its exports of oil.

South Sudan cannot possibly get its act together without holding successful talks with its northern neighbour. Unless the issues of borders, oil, militias, Abyei and debts are resolved, the South Sudanese will have a hard time getting their economy in order. And with the country distracted by a power struggle that may not remain peaceful for long, the odds of reaching agreement with Khartoum seem slim.

Still, there is a chance that the SPLM will be able to work its way through the current conflict with a modicum of unity. If this happens, a lot of African leaders would be willing to step in to mediate a deal with Sudan, which could be the only hope left for the South Sudanese.

During a recent visit to Sudan, African Union emissary Thabo Mbeki offered to promote a cooperation deal between Khartoum and Juba. This deal could mean a lot to the South Sudanese, but will they have the united leadership that can pull it off? Kiir may claim that his recent measures were meant to give the country the integrity of decision-making it needs to move forward. Others, including at least two of his former associates, would disagree.

Opinion: Hon. James Deng Wal is a Victim of his Own Visible Achievements, a response to the Uninformed Aguok- Akuei Youth Concern