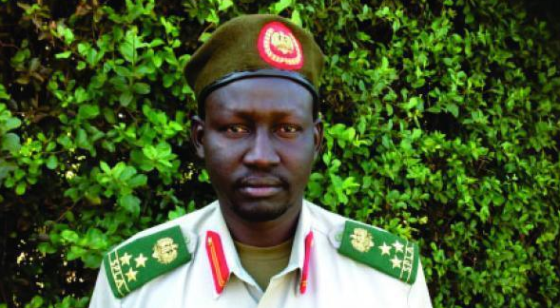 May 27, 2014(Nyamilepedia) — The SPLA in Opposition would like to clarify that we did not accuse armed youth from Khorfulus of Pigi County in Jonglei State of killing 9 civilians in neighboring Baliet County of Upper Nile State. In an email respond to a Journalist, I indicated that a few armed raiders from Korfulus stole some goats and that these animals were immediately recovered by their rightful owners without any single life lost being on both sides. I also pointed out that SPLA military leadership made up made the story as well as came up with imaginary figures to use as pretext in order to attack our defensive positions in Baliet, Dolieb and Canal. My response was either blown out of context by the Journalist or the so called Youth Leader.
Threatening to Wage War:
Where were you Mr. Hakim when the properties of people of Pigi County were destroyed, women, girls and even some men raped by Kiir’s forces while putting down George Athor’s rebellion before killing him in cold blood in Kampala and dumping his lifeless body in Morocco County, Central Equatoria State?

Did the youth from Khorfulus in particular and Pigi County in general stand with what you are today calling legitimate government of the Republic of South Sudan, under Kiir?

From the best of my knowledge, the real and patriotic youth of Pigi County stood with the late Gen. George Athor, only were betrayed by Pastor Peter Kuol Chuol Awan when he unshamelessly surrendered to Kiir’s regime only to be told to resume his pastoral duties.
For your information and as a matter of fact, Kiir lost legitimacy since December 2013 after his tribal militias and ill disciplined army murdered over 20,000 innocent Nuer Civilians.
We, the SPLA in Opposition take this opportunity to strongly warn you and the youth under your non visionary leadership against Beating the Drums of War in air conditioned little hotel rooms in Juba. In good faith, stop trying to drag to war peace loving people of Pigi County. The war of resistance we are fighting today was imposed on the people of South Sudan by Kiir’s murderous regime. Our brothers and sisters from Pigi County will immensely benefit from dividends of Federalism once established.

← Religion And Rebellion, The New Synonyms In South Sudan!
For how long will the UPDF of Ugandan, Sudanese rebels groups and M23 rebels of Congo stay in South Sudan? →

Opinion: When handshakes Passes The Elbow, It Becomes Another Thing!

Opinion: What is the role of a County Commissioner?