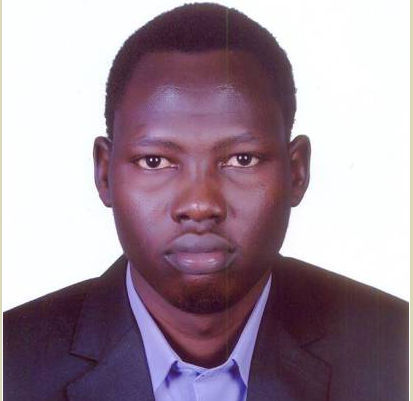 August 3, 2014(Nyamilepedia) — This is an imaginary conversation between Akoi Malual and me (Sirir Gabriel Yiei)
Sirir: You know, South Sudanese are easily thrown off the scent. Akoi: What do you mean?

Sirir: I mean exactly that. We are made to concentrate on trivial and peripheral issues at the expense of the real matters. Akoi: Can you get to the point?

Sirir: Look at the way the interim government and transitional Government Issue is debated even in the media by some people who should know better. Akoi: You mean people should not talk about it?

Sirir: No, I mean the focus of the debate is completely wrong. Why should the focus be on who will be President of the interim government? Akoi: Yes, isn’t it what everybody is anxious about?

Sirir: That is wrong because such focus will only bring results you and me wouldn’t want. Akoi: Meaning that the President should . . .
Sirir: Wait. Look at it this way. It is obvious that sooner or later someone will definitely takeover Salva Kiir, right? Akoi: Yes, it is obvious.

Sirir: Then why waste time debating the obvious? Akoi: What do you mean? Can’t you see it’s natural for people to want to know who will rule them?

Sirir: I think that is the wrong focus, people should think about the kind of President they want and work towards that end. Akoi (laughs): This is south Sudan; people have no freedom of choice.

Sirir: Don’t be a pessimist. Stop exaggerating. The problem is that people don’t know the kind of President they want that is why it’s easy for politicians to impose leaders even at constituency level. We should have an ideal President in our minds so that we reject chaff. Akoi: (laughs again) you mean all the Issues speculated in the media including the two leaders present in the interim lineup is chaff?

Sirir: Ok let’s say they might all not be suitable if we are to change the fortunes of this country. Akoi: So who is your ideal candidate?

Sirir: You’re wrong again it is not who, but what an ideal candidate should be. The person I have in mind should be ambitious. Akoi: What do you mean? An ambitious President?

Sirir: I can’t remember which great author wrote that ambition is the ladder of success, but he was right. We need someone who has the ambition to be counted among the best presidents of the world. For example, someone who has the vision to go to China or India not as a begging president from south Sudan, but on almost equal terms discussing technological issues confidently aware that he would be listened to because of the technological advancement obtaining in his own country. We need someone ambitious enough to earn the respect of the whole of Africa, America and the European Union for having initiated the turnaround of the country’s fortunes using brains not brawn. Akoi: That’s far-fetched.

Sirir: Why? Don’t be pessimistic. Are you saying the beautiful ones are not yet born in south Sudan? We need someone who has proved himself or herself. Akoi: Meaning?

Sirir: Wait, don’t rush. I know you want to throw in names. I am talking of qualities not individuals. My ideal candidate should be a unifier. I don’t care whether he or she is Pagan Amum,Micheal Lueth, Bakasoro, Riek Gai, Ann Ito, Lam Akol, Wani Iga etc. The person should prove that he or she is a tactician who changes approaches according to situations. He or she should have proved that today he or she can be my enemy, but tomorrow we can sit down together and plan for the future of the country. The type of person you derogatively label chameleon. Akoi: I begin to get the picture.

Sirir: Look at the names thrown around as the likely propose secretly by bodies of the atmosphere as the interim presidents in the media from political parties. Some of them are so intellectually weak they are not even strategists. We definitely need a strategist as our President.

The names you see in the Press represent some of the most vengeful persons ever known in this country. What will such people do when they get into power? First, they would want to “deal” with their perceived enemies while the country continues to burn, causing more divisions and creating fresh problems. But my ambitious type of person would see the opportunity to make a name for himself or herself on the international scene. He or she sees the chance to become the world’s consultant by turning around the fortunes of this country and uniting the peace-loving south Sudanese. Akoi: I now see what you mean by an ambitious President.
Sirir: Such type of person should be able to set the tone, make a name for himself or herself and in the process do good for the country to go down in the annals of history as having been a great visionary. We need a person with the art of leading not ruling. Akoi: You have convinced me. We should look for the ideal candidate. I now have no faith in whether is President Salva Kiir himself or anyone in his cabinet.

South Sudan needs a new narrative and a new least of life.

The author is a student of political science student living in Cairo-Egypt; He can easily be reach through his Email address:sirirgabrielyiei3@gmail.com

← Gen: Salva Kiir and Dr. MAchar not fit to be Governors, way back:
What 10,000 Demonstrating Heads In Washington Means To South Sudan And Africa! →

Lawyers call for inclusion of GBV module in police curriculum