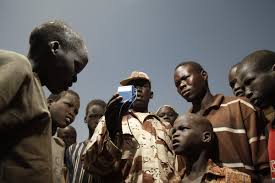 April 2, 2015 (Nyamilepedia)—–I know many people out there have thought of this initiative and many might know how the Radio Service can really help the SPLA-IO to mobilize and create a rapid awareness to the south Sudanese communities who are there in their villages misinformed by the government of Salva Kiir since the outbreak of the carnage and pogrom against the Nuer ethnicity.

Dear supporters and fans of SPLM/A Resistance movement as a whole, I will like to draw your attention to convince the top leadership for the importance of Radio Service at this particular time where our supporters are really in need of our objectives, visions, missions and the way forward to create the south Sudan we all want.

The movement need to extend awareness and mobilization to the people out there in their Tukuls through the help of the Radio Service. They need to brainwash them so that they refrain from Juba SSTV that always feed them with uncooked information that based on tribal basis programs.

SPLM/A as a struggling movement that aim at bringing reforms and changes to the nation need all faces to join the movement.
SPLM/A –IO is not for politicians nor soldiers only, but for all the people of South Sudan of which it is the people in the rural areas that are the backbone and the first priority for the Movement to flourish. They need to be aware!

I ought the top leadership, military wing, Politicians, Business groups, Youth Leagues, Women Leagues and the entire supporters of the movement to help me in this campaign. My voice alone will not ring.

Our people down in the villages are not aware of the root cause of the conflict especially in Greater Equatoria and Greater Bhar el Ghazal, they need awareness and mobilization. And this should be done so easily if there is a Radio wave Service covering the whole country.

The Merits of the Radio Services.

If you people can reminisced/ recalled those years of our struggle with Sudan, the Army under the command of Dr. John Garang De Mabior Atem made it possible that all people are reached by the radio coverage used to be hosted by the Late. Marum Dut an officer working for SPLA. Why not this time that technology has emerge?

In my own opinion, the establishment and the setting up of the Radio Service for the movement is vital and extremely important in many perfections.

This call need no ignorant just because it comes from minor voice. It should be done at once for the benefit of our movement and it multiplication by multitudes of people who wants change and reforms but do not know our objectives, visions and missions.

I have spoken my words and may gods of the land hear my voice……………….

Cde. Sirir Gabriel Yiei Rut is a writer and He is the Chairman of SPLM Youth League Chapter in Egypt he can be simply reach through sirirgabrielyiei3@gmail.com .

← SPLM/SPLA Welcomes The Invited Nations, Warns Of Total Collapse If the IGAD-Plus Fails!!
When Truth and Logic Are Not Synonymous, A Case of Pagan Amum!!! →

Biden becomes the 46th president of US

Opinion: Eng. Bol Ring Morwel’s 2027 plan for the Oil and Gas Sector in South Sudan is a national economic strategy.