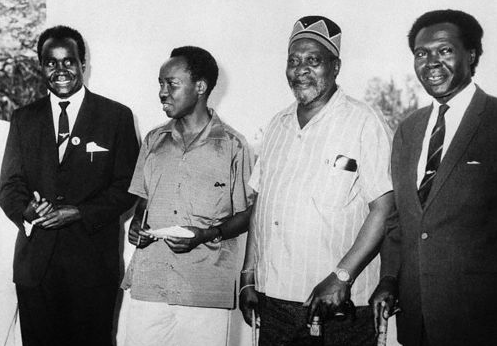 25th May 2016(Nyamilepedia) —–  this day deserves to be celebrated and commemorated by all African nations. Its the day on which the Africa leaders united themselves and formed their – organization of Africa Union (OAU). Fifty three years ago, African leaders signed a charter in Addis Ababa – Ethiopia and committed themselves to call for total independence of Africa. lets honor the visionary leaders of Africa and the Pan Africanism champions and among them is the late Ghanaian President Dr. Nkwame Nkrumah who once said in his speech on the celebration day of the independence of his country on 6th March 1957 that ” The Ghana independence is incomplete till all Africa is independent”.

Did Africa really achieve its total independent? the vision was to build a total free united and stable Africa. Total independence means total freedom, free in everything, economically, socially and politically.

For our new born African state, the Independence of the Republic of South Sudan was part of the call for total independent Africa, and that of the pan africanism vision that has been achieved, what our country lacks now is total libration and unification of our people in one united and clear vision. Yes, we librated ourselves from the colonizer, but yet not liberated from our inner destructive illnesses e.g tribalism and corruption which are preventing development progress of our country..

On this day, we as one nation have to reaffirm our commitment to the development of our country so that it takes its share in Africa continent developments. We must struggle and take whatever risks to achieve sustainable development, economy, politically, socially and in security. let’s resist negative elements that do not support achievement of our interest..

The author can be reached at bothtut77@gmail.com for further comments

← Our Problems Cease The Moment The Quest For Being Known As Famous Statesman Becomes More Desirable Than The Quest For Affluence And Attachment To Luxury.
Security Council Renews Sanctions against South Sudan, Unanimously Adopting Resolution 2290 (2016) →

Opinion: What Is Behind Jemma Nunu Kumba’s Political Luck?