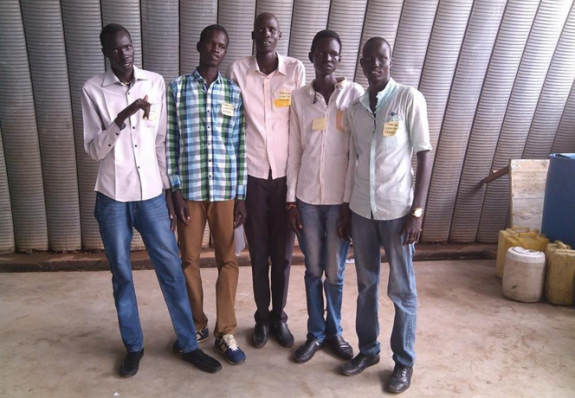 Members of Mayiendit students association in primary and secondary schools posting for the
new executive board for 2016 – 2017(Photo: Nyamilepedia)

July 4, 2016(Nyamilepedia) —– On behalf of Mayiendit Students Association(MSA) ,I would like to congratulate and appreciate the first vice president and commander in charge Dr. Riak Machar Teny  for bringing peace in the country, governor of Unity State General Raui Kuol for winning the confident of citizens of Unity State and general Taban Deng Gai the former Chief Negotiator of peace process and Minister of mining and freedom fighters for their  tirelessly work toward the peace implementation in the country.

Once again congratulations to General Salva Kiir for forming Transitional government of national Unity  and with his two vices. Mayiendit Students Association is non political and non profitable organisation aiming to establish the peace and unity amongst students, support the vulnerable students and many other.

They therefore been waiting for Dr. Riak Machar to be in Juba so that things will be in right place. We surprised Nuer and South Sudanese at large by conducting successful election democratically in POC site without sign of violent through ballot papers not through guns.

The author can be reached at malekcook75@gmail.com