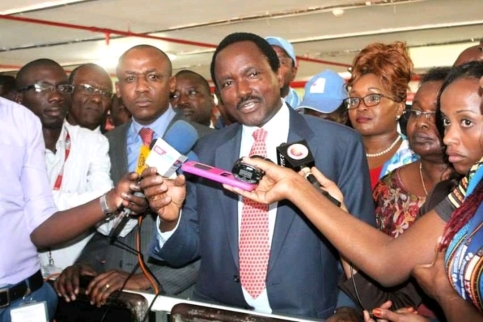 The appointment of the prominent opposition figure came a day after President Salva Kiir of South Sudan concluded a two-day state visit to Nairobi.

In a statement yesterday, the Kenyan foreign ministry which congratulated Kalonzo praised the decision of the Kenyan leader saying it is a good step for the pursuit of peace in the region.

“The appointment is furtherance of Kenya’s efforts towards shared prosperity in the region, in general, and to the pursuit of lasting peace and security in South Sudan,” the foreign ministry statement said.

Stephen Kalonzo Musyoka is one of the opposition leaders in Kenya and was the tenth Vice-President who served in that capacity for six consecutive years.

OPP resolves their internal differences, pledged to resubmit their nominees to President Kiir.

UJOSS starts issuing ID Cards for journalists across the country.