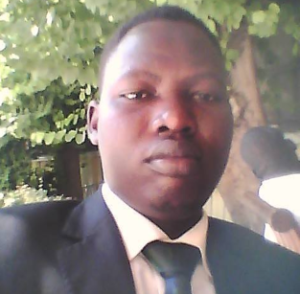 Feb 19, 2015 (Nyamilepedia)—Nuer is one of the largest tribe among the 64 other tribes of south Sudan famously known for bravely and physical fitness whether in term of negotiation or in term of fighting.

Nuer where squeeze into three states under President Kiir government and now they are happily in five states under Dr. Riek Machar Teny’s proposal of 21 federal states. Nuer are unique type of human beings that has thy own ways of handling disputes and dealing with personalities of serpent among themselves.

What I really know best about my fellow Nuer as one of the seed which germinated from the middle of ‘Raan Kuoth’s farm’ are;
• Whenever you turn your back to my fellow Nuer community at large, you risk being rejected.
• Once you cited an abomination that is affecting the norms and directly hurting the image and the entire reputation of the whole tribe, you will immediately face rejection.
• When you want to apply slavery on Nuer nations, you will face resistance.
• Don’t try to change Nuer’s minds to hate what they love the most, for they will promptly point their fingers on you.
• You should not discriminate Nuer and shit on them for so long thinking they will enjoy your disgusting stool, for they will not withstand the smell for long period of time.
• Once you kill young children, women and old ages people, you will face revenge.

My fellow country men and women misunderstood my tribe members [Naath] for quite a long time and the only odd character they have pointed out is that; “Nuer are wild! And their best hobby is to fight everywhere any time.” No…! That isn’t what we are good at, Naath are peace loving people and God fearing body. They coexist peacefully with their sovereign inhabitants.

However, Nuer are people of principles and people of strong unity and believes though few might not agree with me on this, but I insist. You can live with Nuer, interact with Nuer, and coexist with them peacefully and gently till the end of the two of you. But honestly whenever you crossed your border of your social life and attack their feeling hurting them and after long tolerance and hindrances of your nonsensical acts, they will not tolerate you any longer they will react vigorously like an atoms mixes by unprofessional chemist hence it will reaches to full scale conflict and persistent disagreement between Nuer and those who oppresses them.

And one important think I know about my lovely Nuer is that went you value them, they will always love you and sticks to you no matter what circumstances you will always be remembered and that is the novel gift won by Dr. Riek Machar. “We always said value us we will value you, love us we will love you and stand with us in time of difficulties and we will carry you on our shoulders” the Nuer.

Moreover, when you decide to change from your good characters and betray or reject them, the repercussion of your hatred will be taken very highly and your recent reputation and your shining name will be easily got erase and permanently deleted from their hearts and you will be thrown behind bars and your names will be the daily message used by gossipers in and around the community though you have been feeding them, education their children free of charge, leading them well they will quickly forget you and they will focus on your new characters. Definitely you will be cursed for polishing bad image to the community.

To prove me right, take a look at the former NCP Icon Dr. Riek Gai Kok Diang the current Health minister in Salva Kiir government, He was once a patriotic man and the only man of people who value education and give a green light to desperate youths who were not capable to sponsor themselves by then. He showed the inner heart of a true nationalist but now is he stills the people choice? You will probably answer it by yourself.

Lul Ruai Kong who gained popularity so quickly due to the crisis of Nuer victim had been known globally by reporting war crime committed by genocidal regime of the Nazi Kiir government against our civilians. “The man who was been on our shoulders for all that while is peacefully at his own feet today”.

In conclusion Dr. Riek Machar Teny Dhurgon is still the people choice and he is what occupied their minds. There is nothing, absolutely nothing anybody else can do to stop the Nuer and the rest of the citizens from following his visions and missions. Not even the US dollars and starling pounds more people desire to have.

All in all Nuer as a society are God fearing people who allows any person to intermarriage with them, lives with them, coexist with them without discrimination. The allegations that Nuer are harsh, rude and tough with short tempers are all baseless propagandas which will only instigate differences and incite doubts toward the Naath nation.

My personal warning to the SPLM-IO cadres from tops ranks to last ranks, politicians and other credentials is whenever anybody forget the root cause of Nuer genocide He will also face rejection as we did to those who [Lul Ruai] forget the Nuer victims. May their souls R.I.P.

Cde. Sirir Gabriel Yiei Rut is Chairman of SPLM-YL chapter in Egypt, Writer, commentator, staff at Nyamilepedia; He can be reach through sirirgabrielyiei3@gmail.com

8 comments for “What I know about my people ‘the Nuer’”