Former MP in the NLA, 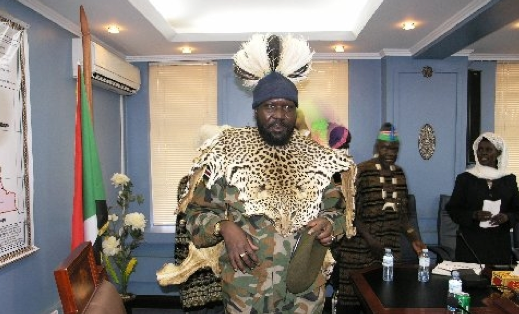 March 19, 2015(Nyamilepedia) — The Nilotics, and I suppose other groups too, have a special way of naming their children. They name their children after events and /or colour of their cows. When the child reaches adulthood these names become subject of serious debates among his/her peers. “Kuethpiny” which is the real surname of President Kiir has mythical connotations and in the current civil war where death is in abundance, it may be useful to know what is the myth surrounding it. Literally in Dinka “kuethpiny” as well as in Nuer “bi piny thiang”, means the earth will be full. This could be a lamentation for siblings that died before the current child was born. The new born can be given this name as lamentation for the death of those siblings who died and also as a prayer to God to prevent more deaths.

It could also be a prayer and blessing that may the new born serve his/her relatives to their full satisfaction when he reaches adulthood. In fact President Kiir has done a lot to his relatives as far as this blessing is concerned and fulfilled the prediction that “piny a ci kueth”. The worst and awesome part of the prediction is what I am interested in and this says during the leadership of Salva kiir the “earth will be full”, literally meaning a lot of people will die. In fact in the liberation war and offensive led by Kiir attracts a lot of casualties. His position as the chief intelligent officer in which many people, including prominent politicians and officers were killed, added to the strength of the myth. After the death of Dr. Garang and Kiir took over, a lot of rumors were spreading based on the above myth on his name that Kiir’s leadership would be bloody. The myth surrounding Kiir’s name became true when Kiir’s thugs, the “mathianganyoor” mercilessly murdered over 20,000 innocent Nuers between 15th and 18th December 2013 in Juba.

The testimonies of some of Kiirs senior security officials interviewed by the AU Commission confirmed what every South Sudanese suspected. President Kiir had started his murderous project since 2009 after the National Liberation Council and even his choosing of Dr. Riek as his run-mate in the elections in 2010 was an opportunistic strategy to garner votes from the Nuer ethnic group. Kiir picked up his grudges against Dr. Riek since Rumbek stormy meeting of SPLM/A leadership when he almost rebelled against Dr. Garang. In that meeting Riek tried to reconcile Dr. Garang and Salva but the latter accused Dr. Riek of siding with Garang. The other grudge is Dr. Riek’s breakaway from the SPLM/A in 1991. The killing of SPLM/A recruits on their way to Bilpam from Bhar Elghazal by Anya-Anya 2 could also be a reason for Kiir to hate the Nuer. The Anya-Anya 2, although under the command of a Dinka, Akuot Atem was largely Nuer.

The AU Commission report has documented how President Kiir conspired to Massacre the Nuer in Juba. Starting from the mobilization tours of Warrap and Aweil accompanied by the evil Dinka Elders community council, Kiir managed to mobilise a group of 15 thousand youth otherwise known as “mathianganyoor”, trained them at secret location at Pantit and Luri, fed them properly while they waited for their murderous mission. While many people are surprise by Kiir’s attitude of hate towards Nuer Community, I am not. Since the coming of Kiir to power in 2005, I noticed the rise of “Dinka nationalism” Dinka unity and all activities by Dinka elders were financed by the presidency. The Dinka people themselves began to feel arrogant and aggressive even to their long time neighbours. These led to tribal fights in Upper Nile, Jonglei and Unity states.

May be the Dinka considered Kiir’s presidency as their own exclusive property that they must exploit and indeed they did effectively and to the maximum.. Dinka chiefs especially from Warrap and Aweil were paid monthly salaries from the presidency while other chiefs were not paid at all. Dinka chiefs were given cars while other chiefs were not. A selected number of chiefs were also given cars but only after they were confirmed as supporters of Kiir. This Dinka arrogance, their aggressiveness towards others and corruption were all encouraged by President Kiir. Kiir nurtured his community with public finances and property to the exclusion of other citizens. His tenure as President will be remembered and go down in history as the time when impunity, tribalism, corruption, murder and rape were institutionalized in South Sudan. The AU commission report, although being disowned by the AU itself by not publishing it is the true story of what happened in Juba and South Sudan in December of 2013.

In conclusion, those who want to exonerate Kiir due to some influence of “kitu kidogo” may appeal to the ICC. As to President Kiir pathological hatred of the Nuer, the Dinka and Nuer have been neighbours for centuries and they shall remain so for centuries to come whether Kiir likes it or not.