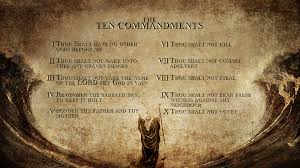 March 19, 2015(Nyamilepedia) — When one think about the south Sudan’s political bewilderment, there subsist some of the things made either to let other laugh or individuals shy away to talks about them. Many people indeed would prefer living in the deep of illusion since it is almost forbidden for some unknown respectable facts to talks about. If that mean fear then let it be. For months if not years, I came to learn something valuable. If this is the covenant that bond south Sudanese’s political games separately together then I am far wondering from the reality.

That’s the secret of what made The Republic of South Sudan a failed state in 2013 after three years from the year it got her independence from Republic of Sudan. And if it shall not be changed, it will still keep it underdeveloped.

South Sudan is one of the oil rich countries in Africa and one of the youngest independent states in the world, and also currently ranking number two of the failed states on the planet.

South Sudan has been subjected to dictatorship by some of the fathers of its foundation under the leadership of its incumbent leader as a result of the practice of the Ten Commandments mentioned here above.

South Sudan has 64 tribes but most marginalized by few, it has high production of oil as the main national source of economy. However, the oil fields are in rural areas but the pipes are connected directly to pockets of some individuals – political elites who live in urban areas building their houses outside the country. They stored up riches in the neighboring countries, sound shocking.

Political culture of South Sudan has taken a tribal line since its independence, whereby nepotism has been rampant in both governmental and non-governmental institutions, whereby people use ‘’who knows you’’ rather than ‘’what knowledge or experience you have’’ for you to get employment. The manifestation of this is the current war which started in Dec 15, 2013 in Juba as a result of ethnic cleansing launched by the president on innocent people, which turned out to be witnessed as genocide by the whole world. Lack of good governance is a great factor, the only governance principles practically ‘’MISLEADING’’ but not LEADING the Republic of South Sudan is so called DINKA-ELDERS’ PRINCIPLES, which is dreaming and working to eliminate Nuer and other tribes from South Sudan and subject them as second citizens, and in-fact it tries as well to enslave Equatorians. The questions are; who made the making of what is now called Republic of South Sudan? Have people ever asked themselves whether South Sudan will be peaceful without, Nuer, Dinka, Equatorians, Luos, Murle…..etc?

I have a believe that Dinka Council of elders will ‘wither away’, and South Sudan shall be ruled by principles of DEMOCRACY which accommodates freedom and justice for all, but not by principles of ‘Jieng’ism’ – the Dinka oriented discriminative ideology, nor ‘Nuer supremacy’, and not by the will of Uganda and those who have their straws in the oil at the expense of innocent people’s blood, nor by ‘’ favor for minority’’ who sometimes claimed to be clean from killing.

The Political Analyst, Thok Philip, is a concern South Sudanese. He can be reached at philip.daddy@gmail.com

← African Predictive Naming of Children: The Case of Salvatore Kiir Kuethpiny (a.k.a) Mayardit
Salva Kiir Against The Sanctions, UN Trusteeship and The Government “Roadmap” To Restore Peace →

3 comments for “The Ten Commandments of South Sudan”