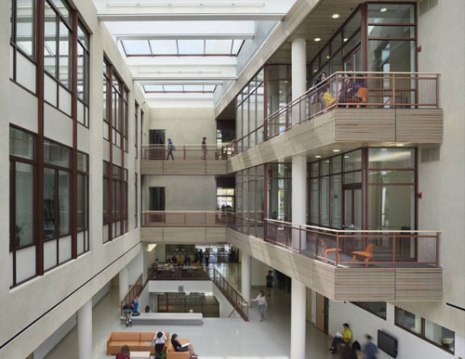 April 10, 2015(Nyamilepedia) — In 2011, after more than five decades of civil war and the loss of more than 2 million lives, South Sudan seceded from the Republic of Sudan as the result of the 2005 Comprehensive Peace Agreement (CPA). The independence was achieved through an internationally supervised Referendum in which South Sudanese overwhelmingly voted in favor of secession. Mr. Salva
Kiir Mayardit assumed the presidency of the Republic of South Sudan.

Since the signing of CPA, the country has been plagued by lack of development, poor governance, rampant corruption, ethnic tension, and human rights violations. In July 2013, the country was thrown into political turmoil when President Kiir sacked his entire cabinet. In December 2013, President Kiir accused his political opponents of attempting a military coup against his government leading to ethnic cleansing in Juba, the capital city of South Sudan. His private presidential guards conducted house to house searches, targeting and massacring innocent civilians of Nuer ethnic
background. Dr. Riek Machar, the former vice president of South Sudan, leads an armed opposition against President Kiir’s government.

The conflict has rapidly escalated into an ethnic conflict between the two largest tribes – Nuer and Dinka – who are being systematically pitted against each other. Since December 2013, more than 20,000 people have been killed and over 2 million forcibly displaced. Most of the displaced are women and children, living in dire conditions within UN protective camps. Mediation efforts by the Intergovernmental Authority on Development (IGAD) along with the U.S., the EU, and the UN in Addis Ababa, Ethiopia have not yielded fruit. The conflict threatens the social fabric and livelihood of South Sudanese society as well as the entire East African region.

Since December 2013, about 1.5 million have been forcibly displaced and over 20,000 people have been killed in South Sudan in the country’s newest conflict. Mediation efforts have failed to establish any sustainable peace. The conflict threatens the social fabric of South Sudanese society as well as the stability of the entire East African region.

The Honorable Sophia Gai was among the few women who served in South Sudan parliament from 2011 until she escaped the violence in Juba in December 2013. She was a witness to and survivor of ethnic targeted massacres. As a member of the parliament, Sophia served in the natural resources management committee and was the secretary general for South Sudan Parliamentarian Women Caucus. Her prior work before the independence of South Sudan include, Secretary for the administration and organization of the Sudan’s Peoples Liberation Movement Party (SPLM) and a committee member for the commission for disabled veterans, widows, and orphans. She helped establish the South Sudanese Women Parliamentarian Caucus for Peace to increase women’s participation in the government. After escaping from Juba in December 2013, Sophia joined in January 2014 the IGAD-led peace negotiation in Ethiopia and advocated for the inclusion of civil society, especially women in the peace negotiation process. She is currently visiting the US and raises awareness about and mobilizes South Sudanese communities in US and others to advocate for peace and help war-affected people, particularly women and children, including raped victims in refugee camps in Ethiopia, Kenya, Uganda, and South. Sophia holds a bachelor degree in community development from Daystar University in Nairobi, Kenya.

Joseph Deng Malual is a South Sudanese native who fled civil war in Sudan and resettled in the US in 1999. Joseph has worked as a teacher, coordinator for education, and a head of social workers – leading psychosocial services for unaccompanied minors (known to Americans as the Lost Boys of Sudan) in refugee camps in Ethiopia. He has also held various positions, including a project director for English second language (ESL) program, refugee case manager and interpreter, and research/teaching assistance at Iowa State University (ISU). Joseph holds a Ph.D. in Sustainable agriculture and sociology from ISU with research focuses on conflict/post-conflict development, sustainable agriculture, food security, and refugee/IDPs livelihoods. Currently, Joseph works as mental health counselor at the Rappahannock Area Community Services Board in Fredericksburg Virginia.

The Honorable Agnes Nyoka is a South Sudanese citizen who was also among the few women to be elected into the parliament in South Sudan and served as a member of the National Assembly in Foreign Affairs committee from 2011-2014. Agnes has served in the same capacity within the Sudan National Unity Government before South Sudan seceded in 2011. She has extensive experience and training on humanitarian work and held various positions, including a refugee counselor with UNHCR, program director of Christian Women Mission for Peace in South Sudan, and program coordinator for South Sudanese Women Empowerment for Peace. Agnes has witnessed the massacred of civilians in Juba and fled the country in August 2014 to seek safety in Kenya. Currently, Agnes is a peace activist advocating for women and civil society participation in peace negotiation. She is visiting the US to raise public awareness and advocates for peace in her country. Agnes holds a Diploma in Gender and Women studies at Kenya Institute of Social Work and Community Development in Nairobi Kenya. Agnes has extensive training and certifications in human rights, conflict and peace building.

Omer Ismail was born in the Darfur region of Sudan. He has spent over 20 years working both independently and with international organizations on relief efforts and human rights. Omer fled Sudan in 1989 as a result of his political views. He helped found the Sudan Democratic Forum, a think tank of Sudanese intellectuals working for the advancement of democracy in Sudan. In addition, he co-founded the Darfur Peace and Development organization to raise awareness about the crisis in his troubled region. He currently works as Policy Advisor to several agencies working in crisis management and conflict resolution in Africa. He was a Fellow at the Kennedy School of Government at Harvard University’s Carr Center for Human Rights Policy.

Meghan Stewart is Vice President of the Public International Law & Policy Group (PILPG), where she advises foreign governments and opposition groups on peace negotiations and constitutional reform issues. Meghan currently directs PILPG’s South Sudan program, which provides direct technical assistance and advice to representatives of South Sudan’s civil society involved in the current peace talks. Throughout her practice, Ms. Stewart has advised over a dozen states and governments on aspects of democratic reform, constitutional reform and peace negotiations. Ms. Stewart also directs PILPG’s Burma program where she helps Burmese prodemocracy and ethnic nationality leaders to develop and implement strategies to achieve durable peace and democratic reform in Burma. She previously served as Chief of Party for PILPG’s Sri Lanka program in Colombo, Sri Lanka, providing legal assistance on the peace negotiations between the Government of Sri Lanka and the LTTE. In 2005 and 2006, Ms. Stewart served as advisor and primary drafter to the Post-Dayton Constitutional Reform Process in Bosnia and Herzegovina, which focused on increasing the functionality of the Bosnian Constitution.

Irina Balytsky is the Co-President of Creative Peace Initiatives. She is an MA candidate in the International Peace and Conflict Resolution program at American University’s School of International Service. She has held positions at the United States Institute of Peace and the Enough Project. She has lived and worked in South Sudan.

Nhial Chuol Tut is a South Sudanese peace advocate and co-founder of South Sudan International Advocacy for Human Rights. He is a board member in several South Sudanese diaspora organizations and co-founded the US-based South Sudan News Agency to promote dialogue and democracy in South Sudan. Nhial fled the civil war in Sudan and resettled in the U.S. in 1999. He holds a certificate in business management and is currently pursuing an associate’s degree in liberal arts at the Northern Virginia Community College. He has worked as a project assistant with the American Dream Team in NOVA and he is currently a Sales Consultant at Rosenthal Nissan Mazda in Tysons Corner, Virginia. Nhial’s awards and recognitions include: The Madeira School Yearbook Dedication, Sodexho Champion of Diversity Award, The Ethiopia Community Development Council (ECDC), and Jack Carpenter
Lifelong Learning Award, Fairfax County.

Robert Lord is the Co-President of Creative Peace Initiatives. He is an MA candidate in the International Peace and Conflict Resolution at American University’s School of International Service. He is a Research Associate at the Public International Law and Policy Group, where he works on the South Sudan client-service team.