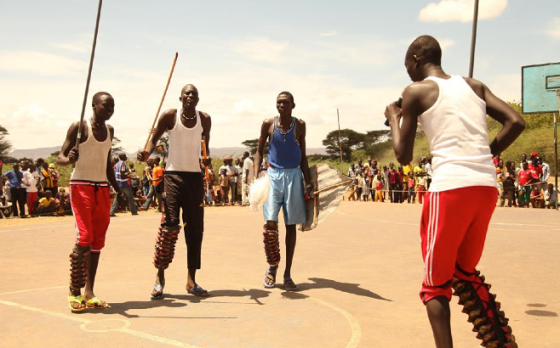 April 12, 2015(Nyamilepedia) — A society becomes functional when it adheres to her cultural norms and beliefs that it passes from one generation to another. When elders confer those beliefs to their teens, the latter are unconditionally deem to owe profound respect to those societal norms in the sense that when monstrous events occurs in their lifetime like the December 15-2013 event, they ought to draw reference from those beliefs, with cardinal aim to grab a breath and then view itself not through mirror but from the heart and to reshape and bolster its ideological and philosophical balance.

Even as humanity generally, we exist and appear so unique from other animals simply because of certain guiding principles that bind us from time immemorial. The pioneer of African Nationalism Right Honorable Marcus Mesiah Garvey asserted that; ‘‘a society without a culture is like a tree without a roots’’

This week on 9th April, 2015, the British Broadcasting Corporation popularly known as BBC posted the aforesaid Proverb on its Facebook timelines. ‘‘What prevents you from sleeping is of your own making, Nuer Proverb. In Nuer it reads, ‘‘Moo Peen JiniinoTuk Saarejiin’’

Shortly after perusing it, I shared it on my timelines, and if you didn’t saw it that day; you can check it on my Facebook account for confirmation. Thump up to Mr. Jal Gatluak Toch and Mr. Deng Nhial Chioh for sending this informative adage to the BBC. I wish they could access and read this piece because I want them to tells what prompted their decision to have BBC publish it, was it to let people draw a meaning or merely to have the world know that Nuer also has this saying?

I had quoted this wise saying numerous times in some occasion. I subscribe to it fully. For those who do not hailed from this society, what this proverb means in other words, is that in any distressful and disgusting situations one find himself in; s/he might have played a role in it making either wittingly or unwittingly.

Honestly, if we pause and meditate objectively in view to recount things that caused us heartache, you will become to term that, more often than seldom our tribulations occurs from our own making. Of course, I do know certain occurrences happen beyond our control, but I must attest from my personal encounters that quite number of social problems that made us unsleep results from our own doings.

There are things we normally do or uttered without knowing because of ignorance or recklessness; that is why when a tiny issue occurs, it will cause unimaginable and irreparable damage. We seem to have perfected the art of ignoring, undermining, underrating, and undervaluing issues even when the danger is imminent.

Curiously, in respect to this Proverb, I felt oblige to interrogate, can Nuer admit or reject that they aren’t the causative of the current deplorable condition they are languishing in their motherland?
I think this debate cannot just be dismiss blankly without one tendering his yes or no answer in so far this question is concern; because the indisputable truth is that thing aren’t going well at the moment and indeed thing never went well from the onset even before the ongoing reactionary war was unleashed. Unless one is so naïve or live in the planet mars, to think that thing are okay.

As matter of fact, a considerable number of Nuer children in south Sudan are helplessly wailing against the wall in various refugee camps; until the contrary is proven, I believe no Nuer child is presently attending primary school in the country; and it is common knowledge that farmers hardly go to fields to till in the entire Upper Nile region which is an area nearly the size of Kenya with Nairobi and North Eastern Provinces subtracted. In nutshell, it is undeniable that vast majority of Nuer Population in South Sudan are having sleepless night, either they are dosing with their bellies empty or mourning their loves.

In view of the foregoing, i beg to narrow or break down this debate into two parts, one being the consensus reached that Nuer have sleepless nights so to speak.The second aspect which seems so significant than former is; are Nuer the causative of what make them unsleep? if one‘s answer is yes, then s/he ought to meticulously articulate where the rain start beating us?

Similarly, if one’s answer is purely No, than that person is in effect saying, the Nuers aren’t having sleepless night, that things are normal, which will require us to ask, how by rebutting the facts highlighted above.
If one is in agreement that Nuers do have sleepless night but aren’t the cause of what made them unsleep, first his opinion blatantly dismiss this Nuer proverb which will demand us to look for substantive narration from him.
As I mentioned therein, I fully subscribe to this proverb in totality, that Nuer are undergoing sleepless nights; that what prevents them from sleeping is their own making. But to avoid monopolizing this debate, I seek to reserve my explanation as to where the rain starts beating,

The writer is leader of an exile-based students Association in Kenya, he can be reach for comments via eligodakb@yahoo.com

7 comments for “What Prevents You from Sleeping is of Your Own Making – Nuer Proverb.”