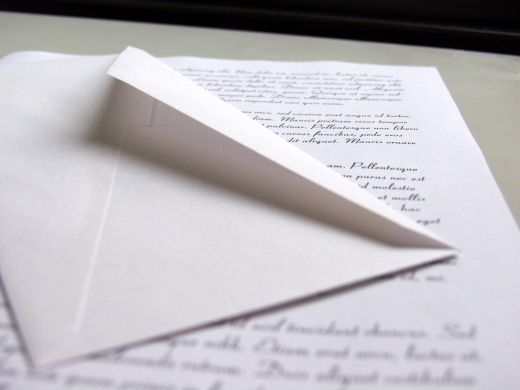 April 20, 2015(Nyamilepedia) — On March 24th 2015, the Parliament of Juba extended your Presidency for three more years. Well, there is nothing a mere South Sudanese citizen like me can do, but keep on voicing concerns. In the next three years, people expect from you and your administration drastic changes. Among these changes are freedom of speech, reduction of corruption, tribalism, and nepotism.

People want to exercise their right to freedom of speech and so please advise those few individual members of security agents to stop intimidating people. South Sudanese people should not disappear because of what they say. On February 18, 2015, I directly sent you my statement entitled “Why President Salva Kiir Mayardit Must Go”, through Gabriel Bol Deng as well as other people that I know will deliver it to you before I posted it on social media (Facebook). I am not surprised if you did not get it because who am I to directly send my nonsense to the president of Republic of South Sudan.

Well, I am one of the millions of South Sudanese people who elected you to presidency of Republic of South Sudan and made you and your government legitimate. Does this mean anything to you? I take this opportunity to thank Talk of Juba for publishing my previous statement.

In the morning hours of 5 December 2012, a pastor and former major in the SPLA Diing Chan Awuol was gunned down outside his house in Gudele, shot in the face at a close range. Also Isaiah Abraham was killed because he called on you to stop supporting rebel groups fighting Khartoum. Abraham’s view was right and resulted into the embarrassing meeting of 21st September 2012, when President Obama shut down a meeting with you unceremoniously because you questioned the accuracy of his information.

I thank you for releasing Peter Mayen, the leader of People Liberal Party and I hope you extend this good gesture to Mr. Kuanyin Wek Mangarthi and his family. Mr. Mangarthi disappeared on February 9, 2015 and he is suspected to be illegally held by your security agents.

Additionally, some of your advisors are threatening Mr. Mangarthi’s family members not to talk about his disappearance publicly. How can sound minded people be quiet when their loved one is nowhere to be found? I wish this was a movie, but the truth is that the family members of Mangarthi are in agony over the disappearance of their son, husband, father, brother, cousin, uncle and breadwinner and so many people of South Sudanese who have no idea where their loved ones are illegally held in your prison cells.

I still vividly remember the first handshake we had and you looked into my eyes and you said, “You are welcome young man”. Common citizens of South Sudan and I believe that you are a kind leader. Please, let your security agents release Mangarthi and all those in jail illegally. These illegal detainees believe they were simply expressing their rights granted by constitution of the country. If they have broken any law of the country, they should be brought before the court of law. Your first priority should be guarding the democratic freedoms and security of all South Sudanese citizens.

There are two types of prisons in South Sudan. First prison is made up of the buildings where those who voice their rightful concerns about how you run the country are tortured and kept. These places of torture do not and will not help you, but create more enemies for you and your administration.

I am not saying break down the prison cells nor do I suggest that you let people go without accountability. Those prisons should be for those who steal and loot the resources as well as those who commit crimes against the constitution and the laws of the country.

The second type of prison is the prison of the mind. There are those who know very well that your administration has gone wrong in many ways, but pointing out mistakes in your administration becomes an obstacle to their chances to serve in your government currently or in the future.

Some might count on the opportunities that if and when they get into your government, they will do the same. These people oppress their conscience and their voice of reason and I totally get it. There are people who use intimidation and even kill those who seem to oppose your failed policies. People who do not like criticisms unfairly label others as lacking respect to your administration. These people fail to realize that if they really want you to be respected, they should advise you to leave politics and become a statesman. As long as you hold this highest position in the country, they should suck it up and deal with it.

Your presidency has been extended for the next three years. The people of South Sudan expect more actions on rampant corruption than words. You have talked tough on corruption in the country, but your words have not yielded anything. South Sudanese people are tired of rampant corruption and will never tolerate three more years of the same. On 3 May 2012, you wrote and signed a letter to 75 people who had served in your government at various levels asking them to return some of the stolen or embezzled funds amounted to $ 4 Billion to a secret account that you created on the conditions that their names will never be revealed to the public. You said in that letter “We fought for freedom, justice and equality”. Your letter continues, “Many of our friends died to achieve these objectives. Yet, once we got to power, we forgot what we fought for, and began to enrich ourselves at the expense of others”. I would like to urge you to live by these statements.

There are people who treat your presidency as their private property and treat others as second class citizens. I think you need to clarify this with South Sudanese people whether they elected you alone or your family members, relatives, in-laws and friends to become presidents of South Sudan. Let me be unequivocally clear, I am not talking about your honest and hardworking family members, relatives, in-laws and friends but those who think that your presidency is a family business. For example Akot Lual your special envoy and former aide, in March 2015 visited Kansas City in U.S. and spent obscene amounts of money for his children’s birthday (Baby Shower) and invited all South Sudanese government officials and others about 200 people for a fully paid party.

I am not sure where he got all the money from to pay this expensive bill when majority of South Sudanese children are living off handouts from W.F.P. You have this opportunity to set your aides straight. We the people of South Sudan are tired of tribal loyalists who believe that there is no South Sudan without you and their tribe. If you are not aware of this, national ministers do bribe their ways to see you. When you go to sleep, South Sudan should not sleep with you. In 2004 in Rumbek, you said that Dr. John Garang kept the entire movement in his briefcase, are you doing the same?

The people who destroy your image and reputation are those who make you allergic to criticism. You have taken public life and therefore, it comes with the responsibilities including providing services and listening to the voices of people especially those who do not agree with your policies. It is unfortunately common phenomenon in South Sudan that if any Dinka member points out mistakes in your government he or she is a traitor. If anyone from a different tribe points out mistakes from your administration, he or she is against Dinka. Your administration and Dinka are totally two different things. You were elected to the presidency because of your contributions to the movement and not because of your tribe.

Your sacrifices cannot make you a president for life. Nelson Mandela spent 27 years in prison and did not become president for life. You should strive to be like Mandela and do not let those few bad apples in the respected institution of National Security ruin your image, SPLM’s image and the image of the country. If you want to have less stress in the next three years, do not overflow your administration with relatives, in-laws and friends.

You fought for the people of South Sudan and so did the parents of those orphans in every corner of South Sudan. Their parents died fighting for the country we now call Republic of South Sudan. Do not be deceived by those who glorify your contributions so that they continue looting national resources with impunity.

Your contribution to the liberation struggle should not be a license for them to bankrupt national treasures. Millions of war orphans have no access to schools, health care services, and those with single parents cannot afford a meal a day. Your salaries as Vice President of Sudan and President of the Government of South Sudan 2005-2011 and salaries as President of the Republic of South Sudan 2011-2018 will have paid your contribution to the struggle. Your biggest contribution will be managing the transition to a new leadership when we elect one in 2018. I hope you will step down with dignity.

I have heard you have bought into it that the people in diaspora are your enemy. This is unfortunate as I am in diaspora and I am neither against you nor your administration, but against failed policies in your administration. Even people in your government from diaspora seem now to be talking against people in diaspora. Well, I put it this way in my previous post, “the people who started fighting in Juba on December 15, 2013 were not from diaspora but generals and politicians in South Sudan whose families’ members, relatives, and friends are all outside the country”. South Sudanese people had hopes, aspirations and dreams when the country became independent under your unifying leadership.

People want to hear from you about how you are running the country. Never be an enemy to media because media is not an enemy, but works for you and the people. It should be a medium between you and your people. The women who lost their husbands and sons/daughters to war of liberation struggle, and children who lost their parents to the war of liberation struggle want to hear directly from you through Radio and TV. Mostly through radios since majority of South Sudanese have no access to TV.

In conclusion, the extension of your term should be an opportunity for you and your administration to fight corruption/nepotism, and tribalism. It should be a chance for you to renew the hope that South Sudanese had on July 9th 2011 and to allow South Sudanese to freely exercise their constitutional rights such as freedom of speech including criticizing you and your administration. South Sudanese are the source of your pride as an elected and legitimate president. I implore you to release Kunayin Wek Mangarthin and other imprisoned because of their beliefs in how they want the country run.

Your Excellency, Salva Kiir Mayardit, President of the Republic of South Sudan.

Thank you for your time.

I appeal to those who can deliver this letter to President Sallva kiir Mayardit but refuse to do so because I am neither a politician nor general in the army. However, I am a voter and we are all equal at the ballot box comes the general elections.

Martino Atem is a South Sudanese from Warrap State and can be reached via email atemm.kunjok@yahoo.ca

← A Traitor is always a traitor: A case of Nuer Traitors!!
South Sudan: SPLM-IO Leadership Conference Continues In Pagak! →

5 comments for “Open Letter to Salva Kiir Mayardit, President of the Republic of South Sudan.”