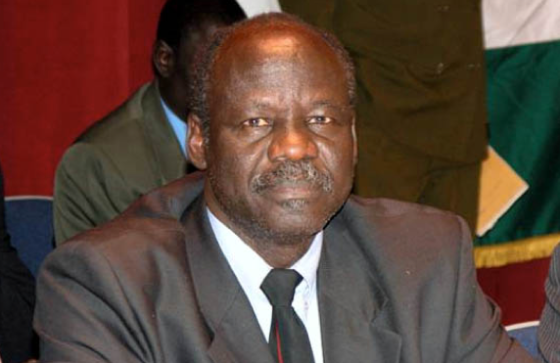 April, 24, 2015 (Nyamilepedia) — We, members of SPLM-DC party in Canada, would like to inform the people of South Sudan, the media and the World at large that the house of the SPLM-DC leader, Dr. Lam Akol Ajawin, has just been besieged by South Sudan government Security Forces on April 24, 2015 at 9:00 pm in Juba for unknown reason.

Security forces came with four (4) cars and surround Dr. Lam’s house, preventing him from get out of his house. This is done against his will, and up to now the government of South Sudan has not come out to explain the motive behind such move by security forces. We are deeply worried about his safety and security.

We consider this not only to be a hostile act and restriction of Dr. Lam’s freedom and movement, but also a flagrant violation of Dr. Lam Akol’ rights of freedom, and movement, which grantee to him under Article 27 (1) (2) of South Sudan Constitution, 2011. We condemn such unwarranted and uncalled for behaviours in a strongest term possible.

We, therefore, call on South Sudan government to immediately pullout Security forces out of SPLM-DC leader’s premises, and allow him to exercise his freedom of movement as grantee to him under Article 27 (1) (2) of South Sudan Transitional Constitution, 2011.

We further call on South Sudanese people, international community, regional government, in particular IGAD, TROIKA (UK, Norway & US) to act swiftly in intervening on this matter by demanding immediate withdrawal of Security forces out of SPLM-DC leader premises and let him move freely without restriction of his basic human rights, including the rights of free movement, both within and without the Republic of South Sudan.

Acting Rep. of SPLM-DC in Canada.

Let’s save food, let’s save our economy.

The Jeing Council of Elders (JCE) Were Born to Ruin