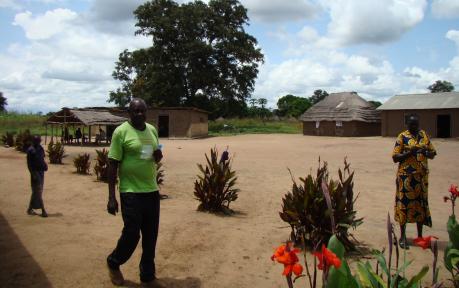 May 29, 2015(Nyamilepedia) — This African proverb addresses the character of the current rulers of the Republic of South Sudan: tribalistic attitude, suspicion and wrong reporting on issues that can easily destabilize the well-being of this new nation. Since the incidence of 15th December 2013 the government has not taken courage to inform South Sudanese masses with the correct version of what sparked the war and this continues.

The situation that occurred in Mundri needs accurate reporting, but neither the South Sudanese army spokesperson Comrade Philip Aguer nor the Western Equatoria State Minister of Information Mr Charles Kisanga none of them has been able to tell the truth about what happened.

This man is among those Dinkas who wanted to occupy the agricultural land of Western Equatoria with their cattle by force but after President Kiir issued the presidential decree obliging all cattle owners to leave Western Equatoria State he has never been happy about it and there are proofs:

1-He decided to assemble all the cattle from the various cattle camps and relocate them behind the military barracks of Mundri County. He then assigned some SPLA soldiers to this task and it happened that in the course of this exercise the SPLA and the cattle owners drove the cows in the middle of the town and in residential hilas whereby the Moru people happened to identify about 301 of their cows looted from them by unknown gunmen in the recent past. That day, the people of Mundri were puzzled! All cattle owners were heavily armed moving gigantic and crossing peoples’ vegetable gardens destroying every plant that existed in the gardens.

2-Those who identified their cows among the cows driven to the barracks petitioned the commander asking him to make justice to let their cows be returned but the commander paid deaf ear to the plea of the Moru people.

3- On the day of departure of the cattle owners the commander himself accompanied them up to Lakamadi, a border town between Western Equatoria and Central Equatoria and he spent three (3) days there before returning to his duty station.

NB.The people of Western Equatoria wonder whether this commander had a clear directives from his hierarchy to protect the citizens or he is just a bodyguard of the cattle owners ?

4-In the course of his movement to and from Lakamadi he happened to get into contact with cattle raiders from Lakes Sttate and he brought them and put them to stay at the junction (fargusika) and fed them for several days until he transported them to their unknown destination.

5- The three innocent soldiers who were attacked at fargusika belonged to division 6, one came from Yambio and the two from Rasoulu and all of them got permission to go to visit their families in Lakes State or elsewhere. As usually, those travelling to Rumbek gather to the fargusika to wait for means of transport. The three soldiers arrived fargusika after the cattle raiders have left the place. There were no other forces at fargusika except one traffic police but they preferred to stay there rather than going to the town and coming which is about 12km. They slept up to 2.00 am when the attackers opened fire at them and killed two and wounded one who gave an eyewitness account to the County Inspector of Police.

6-Early in the morning the Honorable Commissioner convened an urgent security meeting and a combined force of about 100 soldiers were sent to the scene. They received clear instruction to go to inspect the area and seal all around. After the force reached the area the commander telephoned the county authorities to go in. Assuming that that the place was secured the Commissioner ,the Executive Director, the County Inspector of Police and other heads of Departments went and arrived the area of the incidence. And as they gathered around the dead ones and the wounded soldiers and while the Inspector of Police was getting information from the wounded soldier a sporadic gunshot emanated from a very close range and a bullet hit the Executive Director and killed him on spot. Infact the shooters intended to kill all the county authorities but thanks to God who saved the Commissioner and the Inspector of Police. After this the commissioner and the rest of the team took the dead bodies with them to the town. That force remained in the area and after a short time the soldiers went on rampage shooting and burning citizens’ houses and when they reached the market they started looting bars and got away with a number of crates and other essential commodities they grasped in the open market. As the police ,the Wildlife ,prison and fire brigade who were within the combined force tried to stop them from looting   they left the market with an intention to come back in a big number.

7-Early in the morning an information reached the youth in Mundri County that the Jeing sent two large military vehicles from Rumbek as reinforcement to join their brothers in Mundri and to carry on the combat against Equatorians in Mundri. Of course, nobody could doubt that information because the Dinkas have fought tribal war with almost every ethnic community in South Sudan, during the liberation war and until today they continue to do so. For example, they started with the Nuers,Toposa ,the Balanda in Bahr el Ghazal, the Azande, the Moru, Mundari ,Madi, the Shulluk, just to mention a few.The Dinka have a secrete agenda to keep fighting other ethnic communities because for them they want the Republic of South Sudan to become the property of the Dinka alone and to keep the 63 ethnic communities under their foot.

It is because of this state of affairs the Moru youth resisted the entrance of the two military vehicles to Mundri town.

Is this what Comrade Philip Aguer qualifies as a new rebellion against the government ?

NB.A wise leader would investigate the following activities carried out by the SPLA commander in Mundri County.

1.For the sake of justice and peaceful coexistence the commander should investigate the claim of the Moru people and if justified he should then retrieve the stolen cows and hand them back to the true owners.

2.As a government official it was not right for him to accompany the cattle owners himself and abandon his duty station at this critical moment. He should have assigned a contingence ( a joint force) to accompany the cattle owners. His deep involvement is a clear indication that the issue of driving cows to peoples’ farms is a deliberate act by the Dinka tribesmen to provoke Equatorians into tribal war.

3.What was the reason to bring cattle raiders from Rumbek and make them stay at the Fargusika and fed them for several days ?

I am informing Philip Aguer that here is no new rebellion in Western Equatoria at the moment. But, if the government fails to bring peace in the most shortest possible time, the entire Republic of South Sudan will rise up against tribalism and mismanagement. This time no single ethnic community will abstain. Please,listen!

The author of this report can be reached at samsonenosa@yahoo.com

16 comments for “If You Close Your Eyes To Facts,You Will Learn Through Accidents – The Case of Mundri”

Opinion: Somalization of Panyijiar County politics is blamed on SPLM-IO