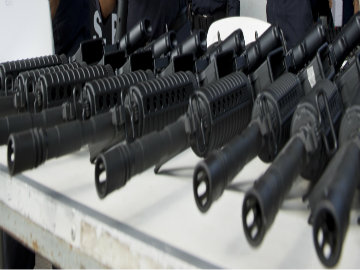 June 4, 2015 (Nyamilepedia)—Even in the Jungle , whenever the existing leadership failed to meet or does the Opposite of the obligation to which it was formed, the only remedy has always been to defunct the same and replace it with a fit and obligation-conscious one. South Sudanese have been struggling for almost two years now defending and trying to free themselves from under-heavy-feet of tyranny that heavy –sit and strangle them to death.

In recent month fighting escalated in South Sudan mostly uppernile region, in Unity state like in other parts of the region, Government Forces, dishonored the cessation of Hostilities agreement (COH), like they have done many times in the past , motivated by new-weaponry acquisitions including armored Military Jeeps (Walits), barges and other toxics, globally-banned Chemical weapons likely shipped-in from China , government forces, Darfurians & Nuba-Mountains Mercenaries plus Militias and heavily armed Youths from Government Controlled/friendly-Counties noticeably Mayom County broke out of their confinement-trenches in Bentiu, Rubkona and Moyom respectively and attacked SPLM/I-O controlled areas , having over-powered, the rebel withdrew.

Taking advantage of the rebel withdrawal, government assorted forces dissented on the defend-less and vulnerable villagers, who were mostly Children, women and elderly/disables, the killings and human right violations that took place in Nhialdiu, Guit and Northern parts of Koch County angered World, Whose bodies including the United Nation issued several empty rhetoric condemnations, the atrocities that took place in Nhialdiu and its surroundings like in Guit are beyond descriptions, horrors, inhumane and insane acts that our land never witnessed in its history before, Amnesty International which interviewed some of the few survivors who luckily made it in to the UNMISS protection Site in Rubkona reported a shockingly unbelievable detailed accounts of the crimes the government forces and its allies committed,

As if that was enough, convinced that the World is blind to its horrendous and heinous crimes, the illegitimate regime in Juba with ill-advice from the Dinka Council of Elders, ordered its murderous troops to proceed to the Southern Part of Unity State, via multi-fronts, in Panyijiar County, Government forces aboard a ship-disguised with United Nation (UN) Colors, Logos & Flags launched a surprise attack at Taiyar Port Killing several innocent civilians before they were finally repulsed, they later used assorted ground forces who caused untold havoc after they captured Nyal , they were also repulsed suffering serious loses from the combined local Youth & SPLA-IO in the area, in Mayiendit Bandits allegedly under the Command of nuer-wew-Gen. Peter Phar Jiek attacked the County Headquarter looting all they could find, burning homes to ashes while randomly killing innocent civilians as survivors sought safety in snakes and mosquitoes infested swamps.

Meanwhile assorted Government Forces from Bentiu and Mayom Swiped through Koch, Leer and Mayiendit Counties, in these areas the government Forces and Fooljabg’s Militias went on rampage killing anyone they could see and stealing anything they could find, even sweeping-brooms were not left behind. The thugs went from swamp to swamp, the deepest thickets of bushes and the farthest islands including Nyaleb-chang at the Mouth of Kiir-River, crossing numerous rivers in desperate hunt for people to slaughter, girls/women to rape and abduct, cattle and anything of value to steal. as the murderers retreated with their countless loots, what remained behind them was the most horrible and heartbreaking destruction ever witnessed, with death toll in thousands, mostly women and children murdered in cold blood while thousand others are still un-accounted for, yet thousands others are going to die of Hunger, treatable diseases and untreated wounds inflicted by the genocidal bandits, since anything that supports life from Medicines , Cattle, Goats, Sheep and Grains are either looted or destroyed in the Scotched earth Process. What a government?

Like they did in Rubkona and Guit Counties, in Southern Counties the Bandits also torched down not only civilians homes, they also destroyed NGOs and Public Utilities like Hospitals, Schools and Markets for instant MSF Hospital in Leer is burned down for the second time, ICRC’s Offices and other NGOs operating in those areas had their entire facilities destroyed and their properties including cars, generators, computers and other valuable stolen, the gangsters also looted items meant for humanitarians assistance including Nyaloops (RUFT) meant for treating the thousands severely Malnourished Children in those areas, while in Malakal Government troops and their Ugandan allies are busy dropping cluster bombs , chlorine gases on innocent population, attacking unarmed civilians insides UNMISS CAMP, What kind of government subjects its own Citizens to such brutalities, honestly where else on Earth would you ever find a government that happily kill, rape, robe its own Population?

Given the obvious gravity and brutality of the crimes against innocent civilians in South Sudan as clearly evidenced by credibly recorded, reported countless accounts that directly implicates Government forces and it uncouth-allied-Militias as they mercilessly and boldly implement their scotched-earth-policy against innocent population of Uppernile region, the Nuer and Shilluk in Particular, it is therefore gravely hypocritical and double standard for the world to continue pampering the perpetrators of such unimaginable crimes against Humanity, it is with-breaking-heart to watch the NATO allies that claims custodianship of Democracy and Human rights Principles to mysteriously and conspicuously stand-aside while the World worst Genocide steadily progresses unabated in South Sudan. The World should no longer remain silent, empty rhetoric aside, while a rogue use an illegal Authority to murder and robe with impunity

If in the past America and its allies invaded Nations and supported internal actions geared toward regimes change, for instant Iraq invasion and subsequent hanging of her long time Leader Saddam Hussein, NATO’s support of Libyans Rebellion which eventually toppled and lynched their former President Colonel Gaddafi, rationale then being to protect the Citizen of those Nation from Unwarranted Prosecutions’, what rationale applies now for provision of RED-CARPETS AND GUARD OF HONOR reception for a known-Child-Murderer like the Illegal President of South Sudan at the White House?

Aren’t America and the World at Large Hypocrite to continue recognizing legitimacy of Salva Kiir who has openly and continuously disregarded global norms? Who has openly violated fundamental-basic-Human rights including to life, to associate peacefully and freely, denied freedom of expression, movement, shelter and dignity? Who has committed countless crimes against humanity from mass murder of innocent Protesters in WAU, Ethnic-cleansing against the Murle Tribe following YAUYAU Rebellion and the Shocking and outrageous Genocide against Nuer Community following fallout within the ruling party in the Country?

It is indeed such double-standard for the World to continue dealing with a Monster, who uses globally banned weapons like cluster bombs, chlorine gases and other illicit arms against vulnerable population of his own nation? It is simply hypocritical for the World to maintain its Diplomatic links with a failed regime that have obviously lost all aspect of Legitimacy, in fact a Government that is obviously not in the mood to cooperate with the World, a system that defies global-sanity-standards, attacks International premises including UMISS BASES and EXPELS United Nation’s diplomats and Humanitarians workers, the case of Tobby Lanzer the Chief Humanitarians coordinator and restricts or block Legal-essential and life-saving Humanitarian operations? The World must give an ear to the voices of Human rights actors and more especially to the voices of the crying vulnerable children of South Sudan seeking their quick rescue.

Surely if the west got it easy to sanctions African Nations and Leaders who simply said no to illicit Western interferences and local resources manipulation by Foreigners, for instant the Nation of Zimbabwe and its loved Leader Robert Mugabe are still struggling with a decades-long sanctions simply because Mugabe gave looted African Land back to the rightful owners, the indigenous African of that Nation, Omer Al bashiir and Sudan has been under sanction since, for reasons clearly manipulated and misrepresented, why does the West find it hard to go hard on broad-day-light-murderer like Salva Kiir whose crimes are every-house-hold’s Portrait?

The great efforts by human rights actors should not be undermined, calls for sanctions against the warring parties including arms embargo should take effect immediately, the United Nation with the America as its driver need-not hesitate any longer in taking action (S) that would save innocent lives in South Sudan, the World should already find the courage to see beyond their interest and act with clear conscience. Sanctity of human-life must form the basis of their decision making not petty allegiances and Political gimmicks; the World must denounce Salva Kiir and his illegal Government and bring it down now.

Finally the World should stop playing double-cards, condemning evils while supporting the very devils responsible for the evils. in Rwanda the World’s slow response lead to the death of over eight million innocent people, had the World responded promptly in Rwanda maybe majority of those murdered would still be with us on earth today, therefore instead of merely helping in the building a mountainous-monument of death statistic in South Sudan, the World in general and TRIOKA Allies in particular should take practical ownership of Democracy and Human rights principle, If atrocities of similar bearing or even lesser magnitudes lead to Hanging of Saddam and lynching of Cole. Gaddafi, why not apply the same rationale to rescue the suffering Citizens of South Sudan.

You can follow the Author through his email g.gongk15@gmail.com

7 comments for “The world should denounce Juba regime: enough with double standard and Hypocrisy!!”