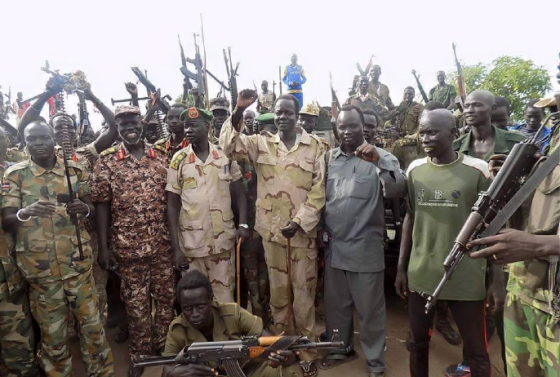 June 6, 2015(Nyamilepedia) — The Federation of South Sudanese Associations in Victoria Inc. is deeply dismayed by the manner & one-sided reporting methodology adopted by Special Broadcasting Service (SBS) reporter, Sacha Payne in relation to South Sudan’s humanitarian catastrophe. The information she received from some South Sudanese elements were inaccurate and misrepresented the reality of the conflict in South Sudan. Therefore, it is important to give other communities a chance to represent their side of the story to have a fair go.

The world’s newest nation (South Sudan) slipped back into civil war when the current genocidal regime of Dictator Salva Kiir staged a fabricated coup d’état against his own government & brazenly blamed it on his political rival and former Vice President Dr. Riek Machar. It is imperative to emphasize that, as a result of this badly orchestrated ploy to intentionally intimidate & eliminate political opponents, the whole country splits wide open into two camps on tribal basis (Dinka & Nuer), and this tribal chasm makes the South Sudan’s crisis unique & completely different from Sacha’s off-color story line.

This man-made crisis has already claimed 20,000 innocent lives and forced millions of people to flee to the neighboring countries to seek refuge, & other tens of thousands remained internally displaced or trapped in camps under the protection of United Nations in their own country. This is a serious matter that desperately needs a serious consideration and impartial reporting.

Ironically, the individuals who were branded as “foreign fighters” by Sacha’s biased reporting, were in fact South Sudan’s government employees and military personnel who were extremely brutalized and pushed to the point of taking extreme measures to protect themselves from Kiir’s rogue regime.  Most of these people were victims and survivors of the tribalism infested government in Juba, they had to resist Pol Pot of South Sudan from murdering & destroying the social fabric of already hardened and traumatized communities that just emerged victorious from the longest civil war in Africa. In reality no single South Sudanese youth had traveled or joined the rebellion camp from our community since the new nation was engulfed by war in 2013, except government employees who switched to the opposition side.

In December 2013, many people were massacre in a door-to-door witch hunt in Juba by their own government, & others are being maimed, raped & terrorized daily by this thuggish and terrorists regime of Dictator Salva Kiir. Credible organizations such as Human Rights Watch, MSF & UN amongst others, all have released alarming reports and produced evidence of crimes against humanity committed by South Sudan ragtag armed forces, the Taliban like government of South Sudan atrocities against their own people ((Nuer) are well documented and accessible.

Therefore, the dynamics of the conflict in South Sudan indicates a different case compared to what has been reported. First, it is a community conflict and may not escalate beyond the expected context alleged by Sacha. Unlike, a terrorist group, this conflict has no any ideological base such as the case with jihadist groups. It is merely about injustice, sabotaging freedom of expression and monopoly of political power by one Muslim Sheik against the will of the whole nation. Once the conflict is addressed, it is unlikely that it may occur again and affect other countries such as Australia. Therefore, this civil war has no significant security implications for the Australian government or people at large.

The Federation of South Sudanese Associations in Victoria is committed to peaceful resolution of the conflict in South Sudan, and supports the Inter-Governmental Authority for Development (IGAD) Peace Initiative. We welcome and invite the peace-loving people of Australia to come forward and support the call for an end to the hostilities being perpetuated by the Taliban style government of South Sudan that, apparently violated the number one responsibility of governance, which is protection of citizens.

We will continue to highlight the humanitarian nature of this crisis & supports agencies that campaign to avert any further escalation & loss of more lives, it is about saving lives of innocent & helpless women, children & elderly who are the victims of their own government. We believe, there is a need for a balanced-story and not one-sided one as reported. The Federation of South Sudanese Associations in Victoria would welcome a chance to be given to other communities to represent their views that are contrary to what has been projected by the SBS.

2 comments for “An Open Letter: Re South Sudan The New Frontier For Australian Foreign Fighters”