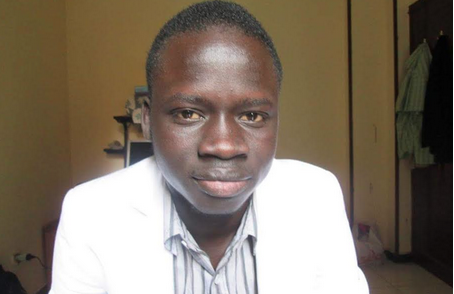 July 07, 2015(Nyamilepedia) — Ethnicity is not an artificial invention, it is a natural phenomenon that until the end, the man, through his abilities, could not afford to divert or restructure. Therefore it is out of his jurisdiction to judge God. Ethnicity is not a negative element that could be exploited in justifying human being’s weakness towards achieving peace and stability within a certain society.

The post-18th century period and the inception of the 19th Century throughout the 20th and its incursion into the 21st Century has been met with anarchy turning the world, particularly Asia and Africa, into nightmare of bloodshed and chaos given the vast existence of ethnic societies. The wars and other political unrests, particularly in Africa are always viewed as faults of ethnic cultures, but to me the complex existence of ethnic groups in a region is not a threat to social security, further it encourage cultural development and progress.

With the lack of proper education and national feeling as the reasons, South Sudanese people suffer from backwardness which clearly answers the question of why ethnic hatred is common among the people of South Sudan. In my view, we the people of South Sudan, and I Am sory to Say so, are against creation, and humanity. The fact that someone is born to a certain tribe is not an insult. We have to treat that case with open hearts so that the dignity of man cannot perish in our point of view. Our concept towards the importance of ethnicity does not only jeopardize the peaceful co-existence of our society but it simply advertises the dark side of our society and thereafter drives away the paramount importance of our ethnic hospitality and tolerance.

We were not born in this society to kill and die in a way of pursuing non-mutual ethnic interests where we were created to love and promote our dignity and so fulfill the tasks of achieving social and political progress of our society.

How wonderful would it be if all of us, regardless of our ethnic dimensions would gather in peace and harmony around the table of humanity, not forgetting that we have to reform and to reshape our concept towards ethnicity!

Tor Madira Machier is a South Sudanese student living in Egypt, he is the author of an upcoming book: THE END OF THE BEGINNING: THE NUER AND THE DINKA, A REFLECTION OF SOUTH SUDAN’S CULTURE OF ETHNIC HATRED. He can be reached at: tormadira2013gmail.com