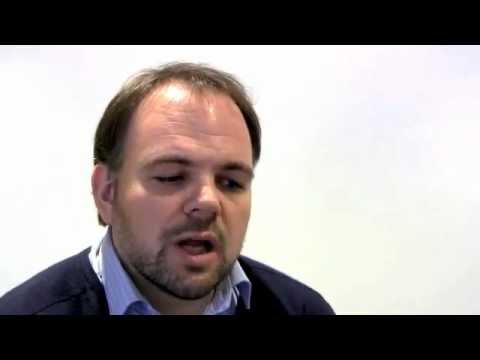 July 16, 2015(Nyamilepedia) — To his numerous supporters, Paul Malong, the chief of staff of the SPLA, is known as King Paul. He is lionized for his strategic military brain, and his ferocious determination to conquer back all the territory in the hands of Riek Machar’s rebels.

Malong’s detractors – and there are many – are mainly silent, at least in public. The man has a reputation for ruthlessness.

Until he took command of the SPLA, in April last year, Malong was the governor of Northern Bahr el Ghazal. He has maintained a strong grip on the state, an absentee landlord who nevertheless knows everything that happens on his property, and influences most of it.

Initially Malong was replaced by a caretaker governor, Kuel Aguer, who came up from Juba, apparently with Malong’s blessing. Within a few months, Kuel had been impeached, and then dismissed.

The trouble apparently started on day one. Kuel made a speech promising to tackle corruption, which may have antagonised Malong, who reputedly has sizable assets in the state. Kuel also made what many saw as a dismissive reference to Malong’s numerous wives.

Kuel got some roads built, to general approval, and named a new ministerial team, replacing some of Malong’s appointees. This almost certainly annoyed Malong. He had already publicly warned Kuel, in vivid, easy to understand imagery, that nobody should uproot the trees he had planted.

Kuel’s removal still stirs up strong emotions in the state, almost three months after it was announced. ‘Most of us support Kuel’, confides one political figure, though Malong certainly has his loyalists among the political class too.

Malong remains the chairman of the SPLM in Northern Bahr el Ghazal. This has its uses. A perceived enemy can be thrown out of the SPLM – and thus lose his or her ministerial or official job too. In one of the poorest parts of South Sudan, few would willingly give up the ministerial car or salary, and the other opportunities a post like this brings.

Malong is a strong man, a war hero, and in some ways is typical of many of the political class now running the country. Although he has a reputation as a brilliant general, he is not someone with the sort of advanced educational background that many South Sudanese would require from their leaders.

Malong’s opponents fear him. I found it difficult to get anyone to talk on the record about the ex-governor, though plenty were willing to whisper unattributed criticisms.

There are certainly many allegations about the 2010 elections, which were as controversial here as they were in many parts of South Sudan. Malong won the SPLM nomination, and then was announced as the winner of the poll itself, despite claims made by his closest rival, Dau Aterjong, that the vote was rigged.

Dau initially kicked up a fuss, but was persuaded to set his personal ambitions aside. However after the civil war began in December 2013, Dau agreed to join Machar’s rebels.

Dau is perhaps the most senior Dinka in Machar’s ranks, and he comes from a historically important family in Aweil North. Nevertheless, his rebellion has made little progress.

Northern Bahr el Ghazal state officials insist he is based over the border in Sudan, and receives support from Khartoum. Dau’s troops have launched the odd raid in Northern Bahr el Ghazal, largely overnight attacks in Aweil West, but seem incapable of holding territory or seriously worrying the government.

Any political opposition to Malong in his home state, limited as it is, comes within the framework of the SPLM. Party grandees who are critical of Malong gather in ‘internal exile’ in Juba to attempt to sway President Kiir against Malong.

Other parties – the formal opposition – struggle even to conduct their affairs inside Northern Bahr el Ghazal. This is very nearly a one party state. As such it is an amplified version of the national picture.

Malong is a fighter (a judgment he agreed with when I spoke to him a few years ago), but he is not a cartoon villain. Those who know him say he can be won over by argument, even if initially he disapproves of an idea.

Among all the governors of border states, he has managed to maintain (or create) the best relationship with the Sudanese. As governor, Malong instigated yearly conferences with the Misseriya and Rizeigat to regulate their annual descent with their cows into Northern Bahr el Ghazal in search of better pastures. This was a deeply pragmatic decision, but not an easy one, given the bloody history of Murahaleen raids in Northern Bahr el Ghazal.

All this matters because of Malong’s national stature. The bellicose SPLA chief of staff is seen by many as a driving force in Juba.

There are some, in fact, who believe that Malong wields the real power in South Sudan; President Salva Kiir, several politicos told me, cannot openly challenge Malong. While this is conjecture, it is impossible to deny Malong’s heightened significance in South Sudanese politics right now.

This doesn’t mean he will be army chief of staff forever. One rumour in Juba suggests he will be replaced in the upcoming reshuffle, perhaps in favour of one of the military men among the former detainees.

In this hypothesis, Malong’s stature has grown to such an extent that he represents a threat. True or not, it highlights why Malong has every reason to keep a tight grip on Northern Bahr el Ghazal, a base he could return to if necessary.

The ex-governor has constructed a large house just off the road to the airport in Aweil, the state capital. He sometimes returns here at weekends, though the current acting caretaker governor, Salva Chol Ayat, insists it is not to give him orders, merely for some rest. In reality, of course, the acting caretaker governor does not have permanent status, struggles to take decisions, and probably won’t be in the job after the reshuffle.

It’s not clear how long ‘King Paul’ will remain in charge of the SPLA, but there seems little prospect of his influence in Northern Bahr el Ghazal diminishing any time soon.

James Copnall is a journalist and author of ‘A Poisonous Thorn in our Hearts: Sudan and South Sudan’s Bitter and Incomplete Divorce’. He is editor of ‘Making Sense of the Sudans’.

← Sirir Gabriel and Zechariah Gatnog Are Too South Sudanese: Controversies Over The Structure Of The SPLM-youth League Chapter in Egypt
Respond to James Copnall’s “King Paul Malong, a Brilliant General” →