Your interview with the Juba Telegraph on July 23rd,2015 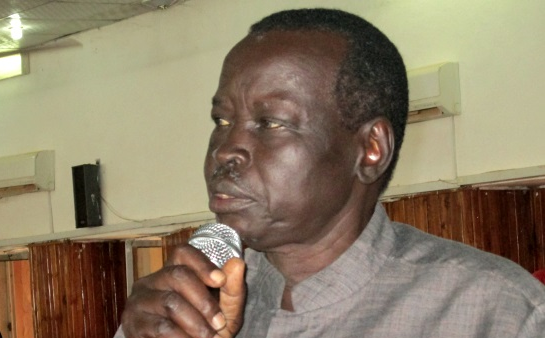 August 10, 2015(Nyamilepedia) — Being a deputy minister, military career or an MP, these are titles that there is nothing extraordinary about it; what is important is being capable to build a peaceful nation.

As SPLM political party professional you need to know that everyone has the right to challenge the rules they are required to live by when the implementation of the law is not fair or just. Secondly, you should expect callings for specific reforms. Thirdly, be extra alert and know where the tide is blowing on the issue you are advocating. Lastly media is a powerful tool for communication to create awareness and understanding but if your audience do not understand the essence of your message then your communication failed –that means you have wasted effort and missed the opportunity to convince the public.

The people of South Sudan need peace and security to live in harmony with one another, void of tribal differences or ethnic cleansing. It is lack of initiative from your part to consult SPLM political laboratory properly, otherwise you would admit that the cause of the current war is between the top leaders of the SPLM for the highest position and its prolongation to reach peaceful settlement depends on who holds what position and power.

Where does the name of the Governor of Western Equatoria come in? You simply want to deter the supporters of SPLM by condoning the wrong doings being inflicted on the citizens by the SPLA soldiers. Be frank, if you are hating Bakosoro because he contested as an independent candidate against Nun Kumba, your preferred candidate, Western Equatoria Awake Group is obliged to tell you that Bakosoro is the choice of the majority of Western Equatoria Citizens. He is a democrat and true supporter of the SPLM. The People of Western Equatoria State have no grudge against SPLM/SPLA. We want good governance and democracy to prevail in this new nation.

Honorable Mathok, try to be a resourceful politician consistence with the policy of unity, equal justice and rights and progress for all. These are the key elements for which the people of South Sudan have been supporting the SPLM/SPLA for . There is no room for rhetoric explanation. South Sudanese citizens want peace now.