“Unity is a beast in itself, if a wolf sees two little boys playing in the woods on one side, and one strong man on the other, he will go to him who stands alone.” ~Suzy Kassem, American writer, poet and a philosopher. 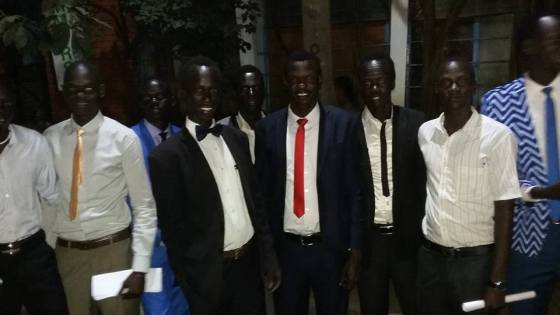 Sept 27, 2015(Nyamilepedia) — Communities in every corner of the world achieves more together and less while apart. For over half a decade,  Phow community in Kenya, (formerly Greater Fangak) has been standing apart.  Several trivial issues have always stood in their way to purposeful unity between the two sisterly counties. One of these was the name that the community should use. Whereas Jezira Fangak wanted to retain the old name (Greater Fangak), Ayod County wanted a name shift. It proposed the name Phow that, as they argued, would imply a geographical relevance.  They also felt that Ayod County was being sidelined and the name Phow would serve a better meaning as it combined the two counties while retaining their names.

Jezira community on the other hand, placed their argument mainly on historical perspectives. Ever since, the name Fangak had been the only official name known for generations. Therefore, they argued that changing it now would pose a serious historic violation of our societal norms and cultures. This fight had persisted for years. The leaders at the time could not resolve the issue in harmonious manner. This compromised the social fabric that bound the two inseparable counties for many generations. The communities through their representatives, tried everything they could over the years to resolve the matter. They consulted with their elders, political elites, and religious leaders. However, such effort always ended in vain. The solution perhaps, was up to the youth to decide.
On Saturday, September 19/ 2015, the two communities after long exhaustive periods of consultations, tiresome unity campaigns, both by the community leaders, the youth and pressures from the elders finally made history. They decided to put aside their differences and pursue the common objectives that once ruled this heroic community.  This they did through a democratic process, which, ultimately led to election of a new board. The new board is expected to rebuild trust, promote unity through revitalization of culture and sport, and enhance peaceful and harmonious coexistence within the community of Phow.
The Phow community, via the electoral board elected the following individuals:
Therefore, the board joins million of South Sudanese in congratulating the two rival parties upon signing the peace accord on 17th and 26 August respectively. South Sudanese do not deserve a second of suffering. It has been a testing moment. For two years, they have been subjected to a horrible lifestyle. As a community of youth, we believe every South Sudanese deserves to live in dignity, peace, harmony and social cohesion with each other. On that note, we urge the parties to live to their pledges, honor them and make this peace a reality. We believe every party has a role to play in implementing peace. Therefore, we call upon all the parties to respect what they signed up for one month ago. In addition, we urge all the youth to play a positive role towards upholding the fundamentals of peace. It is time we ceased the cyber war on social media and instead advocate for means to realize the realities of peace. The entire Phow community leadership stands for peace. We will do everything in our capacity to ensure that peace returns to the country. Remember, “If you want to make peace with your enemy, you have to work with your enemy. Then he becomes your partner.” ~ Nelson Mandela.
Matai Manuoi Muon
Secretary general
Office of the chairperson
Phow State, South Sudan

← Response To Mr. Nhial Koch Ral, In Rejoinder To My Previous Article on Unity State Transitional Governorship
A Vision of Failure →