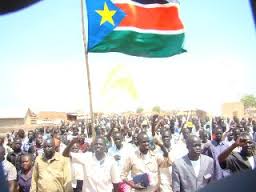 October 4rd, 2015(Nyamilepedia) — When individuals lost direction on the road, if a person fail to achieve a goal, and when a nation falters and in a verge of collapse, the right thing to do is to go back to where they began. The same thing is true for South Sudanese. They need to go back to their basics; the historical  aspirations and ideals that made them came together as a nation in order to heal, reconcile and move forward. There are things that will always unite the people of South Sudan no matter what the situation or the conflict they are currently in.

First, they will always remain South Sudanese and no one can deprive them of that identity. Secondly, the people of South Sudan alongside other marginalized people of the then whole Sudan were united in their dignified struggle for freedom, justice and equality. The struggle took a lot of sacrifices in term of lives, property and time; more than fifty years. The long struggle for freedom earned us good will among the nations and peoples of the world such that when we achieved our independent, almost the whole world rejoiced with us. Our struggle was basically about freedom and dignity of people and that put us on the right side of the history and of justice.

In essence we were the modern day resemblance of the Biblical children of Israel. Mind you even the Bible in the Book of Isaiah 18 talks about us as great and mighty people who will come and “give praise and thanksgiving on the mountain Zion.” And so when we hoisted our flag on the July 9th 2011, it was as if the earth and heaven have united in witnessing good triumphing over evil. I know this because some of my then classmates at the university who have never said even the greeting to me before, congratulated me for my country because they have seen it on their televisions. We, as South Sudanese,  were, arguably, the happiest of peoples the world over that day.

Then came December 15th 2015, and hell broke loose and then furry, anger,  strife and death unleashed themselves unto us. What happened?  Why did it happen? And how do we end this mess? are some of the questions that continue to haunt us today and we are not yet sure whether the newly struck deal would finally give us the answers and the solutions we have been looking for. Time, being the genius it is, will eventually tell us that. Books, articles, and documentaries have been produced, are currently being produced and will continuously be produced about how our country descended and spiraled into the abyss. Mind you, I even wrote one myself about seven months before the conflict. I had an article published on May 12th 2013 on The South Sudan nation titled: ”The South Sudan Coming Apocalyptic Election of 2015”. I was not the first or the last because many people, both South Sudanese and others had warned that the country was sliding into anarchy. The writing was there on the wall for all to see. But we buried our heads in the sand and even escalated the downhill falling by a series of reckless decisions and “bad politics”.

Now that we are in this mess, the humble pleas of this author through agoubasics.blogspot.com, is to stop(literally, stop for moment and think) and reflect. South Sudanese need to look how far they have come, where we are currently and where we want to go. We seriously need to reflect on our painful and historic struggle: the loss, the headache and humiliation at the hands of the various Khartoum regimes. We need to remind ourselves of our shared identity and culture, our aspiration and hopes for freedom. The values we hold so dearly both traditional values of respect, dignity, honesty and handwork and the political values we rightly acquired such as the love for self governance, respect for the rule of law and inclusive political participation. These are the values and dreams our people died for and for those of us living will “die for if need be”. It doesn’t matter what side of the divide one may be at the moment whether you are supporting the “constitutionally elected government” or you are “fighting for justice and democracy” as the two sides continue to claim. We all need to reflect.

We have to admit that no matter how justified our position, the truth is;  in this conflict many horrible atrocities have been committed by both sides. Thousands have died, cities, towns and villages have been destroyed and wiped out. The bonds that held our society together have been torn asunder. That is the basic and glaring truth we have to accept. We have to recognize that no positions nor cause was worth fighting and dying for in this way. It is the sad truth of this conflict that our people have died in vain either protecting someone’s presumed position or to advance some one’s ambition or innocently while having nothing to do with Kiir and Riek’s support.

My basic blog is therefore calling us to reflect on our history, struggle, our shared heritage, our values and our aspiration and dreams that made us to separate from the wicked ways of Khartoum. We have to admit that we have lost direction, have forgotten our shared identity and abandoned our values and dreams of dignity, freedom, justice, rule of law, inclusive political participation and equitable economic empowerment and prosperity. Those are the things several generations of our people fought and died for.

Through the “basic blogs,” I am like any other citizen giving his or her thoughts in the national dialogue the way every South Sudanese out there should have their views and air them. I believe such dialogue is key in trying to shape where we are heading. I will aim for plain and simplicity of things and no spin nor distortion of truth and I seek not to praise nor condemn anyone without any valid reason. I am just a humble citizen trying to get his voice heard; We all have to. I could only  hope that posterity can afford me a slide mention in the page of history as a citizen who just participated in the political discourse of his nation. For mine, in the words of Gen. Douglas Macthur, is “Duty, honor and country”. I, therefore, Invite you my fellow country men and women to visit my blog agoubasics.blogspot.com and other blogs and forums out there dealing with the national dialogue that is going on.

In these difficult times that “tries the souls of men” let’s reflect and listen to each other. For only through honest dialogue shall we be able to overcome the challenges facing our nation and build it into a great place we all want it to be. We owe this ourselves and our future generations.

HH Global Intel Inc. He can be reached at agoukur@gmail.com

← Lou Youths in Khartoum Condemned Salva Kiir’s 28 states Calling It a Declaration of Another War in The Young Nation.
Why Rejecting Creation of More States in South Sudan? →

1 comment for “Going Back to The Basics: There is need to Reexamine the State of Affairs in South Sudan”