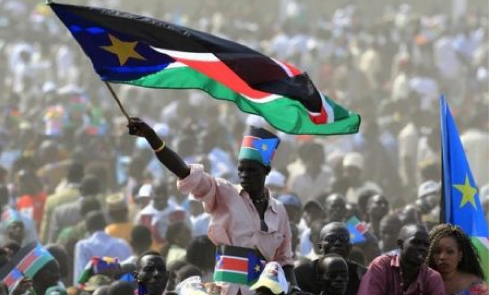 Oct 07, 2016(Nyamilepedia) —– Dear South Sudan future Youth please think positively and digest your sensitive ideas before it become late. This time we have to value the nation’s interests rather than tribal interests because our youngest nation South Sudan have faced many challenges its reach the worse stage and almost to collapse in the hand of JCE tyrannical regime in the Country who have been mismanaged the national resources using them as the family properties only feeds president kiir and his ministers, officials and top military generals in Juba it does not benefits any South Sudanese Citizens even dinka people.

Furthermore the JCE union spent a lot of wealth for the wrong mobilizations, blindfolds the jieng future youth by misinterprets SPLM/A-IO National Movement to the youth and entire Jieng community inside and outside the country. Because they JCE leaders does not cares for the life of others dinka or dinka’s future. that’s why they are using Jieng youth as the tools to defends their personals interest through innocent blood as long as their close relatives, families and children are safe in the foreign countries follows their normal life as usual while the innocent dinka are facing difficulties in South Sudan hence JCE creates enmity among citizens every life of South Sudanese people become risk as well to the dinka people too they are uncomfortable and not moving freely within jieng lands fear for the certain criminals group known as unknown gunmen to harm them unknowingly.

Meanwhile we should understands the current situation in the country after July2016 fighting at J1 presidential palace in Juba capital which rise up high tensions between both two sides and led the thousands civilians fled their homes in greater Bahr el Ghazal to the North Sudan and one million people fled greater Equatoria region last months to the neighboring Uganda seeking for refuge.

Therefore we must unite ourselves as South Sudan Sons and Daughters and rebuild the spirit of patriotism in our hearts although we have differences between us we can put them aside and take necessarily astute decision to freed the Country under dictatorship of Salva Kiir for the sake of our innocent civilians Children, Sisters, Brothers, Mothers, Father and Elderly in bad situations under death threats of Kiir’s SPLA tribal force across the country day and night.

In fact the SPLM/A-IO movement is the national movement which hold hundreds brilliant objectives that concerns of the South Sudan to be haven and successful nation with the equal rights among its citizens and wants to change bad leadership to bring back peaceful means with the new democratic government that can provide guarantee the safe security to the people of the country. then for you, great future leaders join hands together with your brother and Sister in struggle do not ignore your participation and do not isolated yourselves from the SPLM/A-IO national movement regardless of your background or ethnicity because your participation will make South Sudan peaceful land for all South Sudan people including kiir’s family.

However we SPLA-IO freedom fighters have hopes, believe the South Sudan will be soon change by us and return to the owners all 64 tribes by the name of one people!! One nation!! Because “always change come through few intelligent people”. If you think SPLM/A-IO is tribal Movement like JCE government in Juba definitely you are wrong. Indeed the SPLM/A-IO under the leadership of H.E Dr. Machar Teny is the national basket full with the thousands of services to fulfil the Citizens needs in order to achieve the developments in the world’s youngest nation. We still urging you as individuals or many people to quit your past wrong decisions and choose the right side at appropriate time for the better South Sudan of tomorrow, we offers this opportunity to all South Sudanese to join the struggle willingly without fears the SPLM/A-IO Movement recognize you as its own Sons and Daughters who wants to bring the positive change to the country.

God bless you all struggle continue………….