Troika lauds the Parties, reaffirms its full Support for the R-ARCSS. 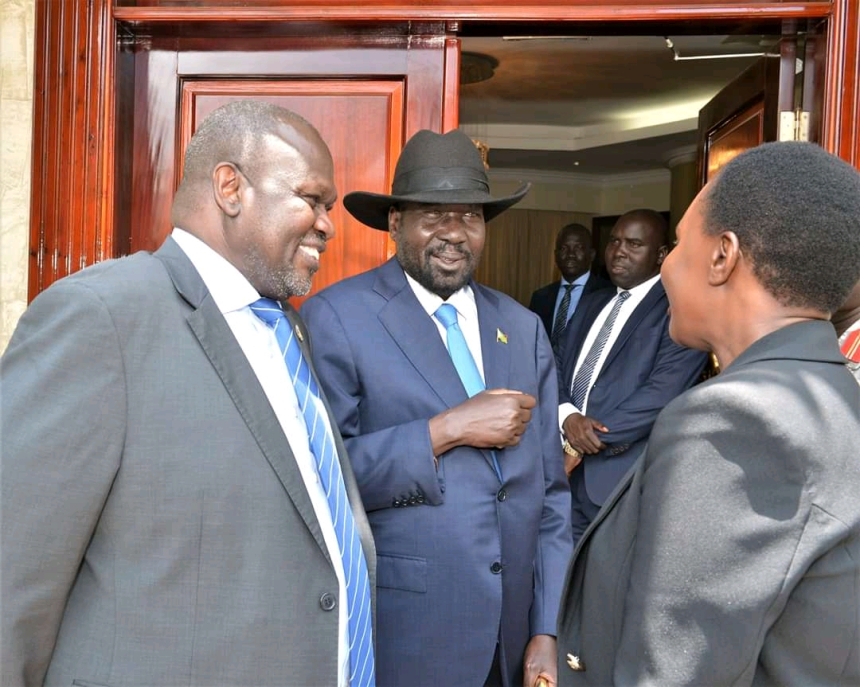 September 13th 2019 (Nyamilepedia)-The Troika Countries, the United States, Norway and the United Kingdom have issued a joint press statement on the One-Year Anniversary marking the Signing of the Revitalized Agreement on the Resolution of the Conflict in the Republic of South Sudan.
In a statement, the Troika commended South Sudan’s President Salva Kiir Mayardit and First Vice President Designate Dr. Riek Machar for having held a successful face-to-face meeting that resolved a number of contentious issues, including a consensus on the formation of a transitional unity government on November 12.

“On the one-year anniversary of the signing of the Revitalized Agreement on the Resolution of the Conflict in the Republic of South Sudan (R-ARCSS), the Troika (United States, United Kingdom, and Norway) wishes to reconfirm its support for the peace process and to underscore the need to implement the terms of the R-ARCSS in a timely manner,” said the Troika.

The statement urged the two leaders to maintain the same spirit and put aside their ethnic differences for the sake of the people of South Sudan.

“We applaud President Salva Kiir and Dr. Riek Machar for engaging in direct talks in Juba on September 9-10 and for the subsequent recommitment to form a transitional government. We encourage President Kiir to continue to facilitate the dialogue necessary among South Sudan’s political leaders, including Dr. Machar, to ensure the formation of a transitional, representative, national government by the November 12 deadline. In forming this government, South Sudan’s leaders have the opportunity to set aside ethnic rivalries and personal interests and demonstrate the political will necessary to build a better future for the people of South Sudan,” the statement added.

The Troika countries appealed to South Sudan’s leaders to show a genuine commitment that must prove to the population of South Sudan that, they will never resort to violence as a means to resolve their differences.

“On this anniversary, we hope that South Sudan’s political leaders will demonstrate to the millions of South Sudanese who live in fear of a return to conflict that they are definitively abandoning the use of force to resolve political differences. We urge all of South Sudan’s leaders to take the necessary steps to uphold a definitive cessation of hostilities and to initiate the demobilization, disarmament, and reintegration process that will build a truly national security apparatus.”

The Troika reaffirmed its commitment to stand side by side with the people of South Sudan in their quest for peace and stability.

“The Troika will continue to stand with and support the people of South Sudan, who deserve a government that respects human rights, empowers women and youth, and enables economic development through the peaceful return of refugees and internally displaced persons to their homes. We further hope for a constructive relationship with the post-November 12 Government of South Sudan,” the Troika stated.