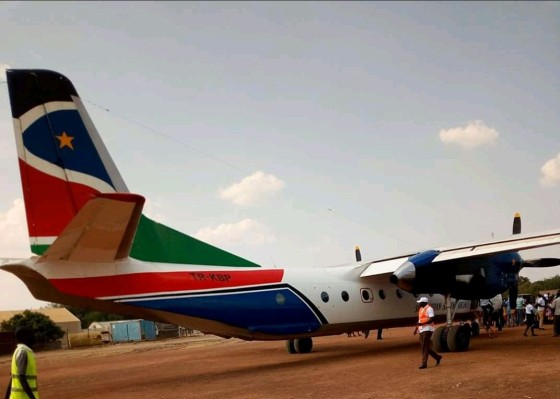 September 23rd 2019 (Nyamilepedia)-South Sudan, which relies on the Sudanese government for its long-range air traffic control system, said on Friday it had failed to train air traffic controllers due to financial shortfalls and lack of equipment to operate independent airspace.

In a statement issued on Friday after a cabinet meeting, government spokesman Michael Makuei Lueth pointed out that, Khartoum will continue to manage the air traffic control system for a few years until the Government of South Sudan is ready to train qualified staff.

“It is decided that yes due to the current situation the committee delegation has been directed to allow the Sudan government to continue to manage our airspace. Meanwhile, we continue to prepare our staff and all our equipment so that we can take over at any time whenever we are ready.”

Since the world’s youngest nation gained independence from Sudan, its airspace has been managed and controlled by Sudan’s civil aviation authorities in Khartoum.