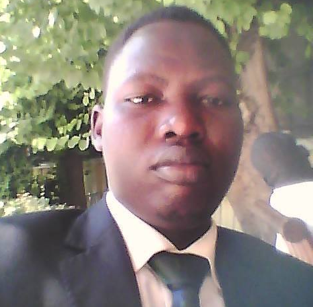 Feb, 5/2015 [Nyamilepedia]—-Once upon a time, an African story goes, Tortoise fell into a deep pit latrine. For 10 years he lived in there and gave up any hope of rescue. But one day he heard voices passing by. “Get me out of here!” he shouted at the top of his voice, “I can’t stand it any longer!”

He most likely survived on the filth. He very likely began to eat the filth itself and the low life that thrives in filthy places such as worms and algae. How else could he have got his daily sustenance? It was, therefore, quite dishonest of him to claim he couldn’t stand it any longer.

South Sudanese have lived in a deep, dark and filthy place for a long time. Some were able to escape; we call them the south Sudanese Diaspora. But the majority were not able to. They didn’t have a choice, so they chose to get used to their place.
There are many things that South Sudanese have chosen to get used to; so many bad things they now take as normal. These have now become so much a part of their day-to-day living that anyone among them who tries to point them out is taken as someone who has been smoking something.

They have even fashioned a catchphrase to go with it.They cynically say “a goat tethered to a tree must survive with what it can get around the tree” justifying their inertia.

South Sudanese have forgotten what democracy is, so they remain quiet when their civil liberties are trampled upon. They have accepted they have no power to demand accountability from their government. So when they see all the corruption, the nepotism and the tribal killings that goes with our daily living, they take it as normal.

They have been made to forget all the important pillars of democracy. When they see their leaders removing an elected official for self-interest and looting government funds, they are not moved. In fact, all they says: “who are we to talk.”
All those women who agree to be abused by singing the praises of despots at political rallies; all those opportunists who bribe people to forget their direction and intimidate them into toeing the party line — they are all a sign that some people believe it is all right to live in filth.

We have accepted mediocrity. Our leaders don’t have to be achievers; all they need do is sing the loudest slogans, pummel into submission anyone who raises an eyelid and use State organs such as the police to keep people on leash.
The state of our hospitals is of no concern to them because they and their kith and kin get preferential treatment getting access to medicines that the ordinary people are denied. If they can’t get these, they have the wherewithal to go anywhere on the globe to access world-class healthcare.

Our education system continues to decline because of poor priorities; the ratio of textbooks to pupils is a joke.
Schools in some communal lands look like pigsties. The children don’t have the most basic of resources.
Needless to say the majority of our children do not have a chance in heaven to succeed.
But the state of our roads is the most glaring example of national failure.

The scale of road carnage shows just how primitive our transport system has become. But it seems our government thinks that declaring one traffic accident after another a national disaster is an achievement.

Government ministers seem to even cherish the occasions where they have to dish out “help” to bereaved families. This they do, not because of their compassionate nature, but to entrap people into their scheme of things – it’s a show of artificial benevolence meant to dupe people into supporting them during election time.

Analysts from across the globe are agreed the trouble with South Sudan is its leadership. Granted, politics is about contestation for power; one group fighting another or others to lay its hands on the reins of power. But when such contestation becomes an end in itself it becomes destructive and, therefore, fails to move the country forward.

In the past 9 years South Sudan politics has been about holding on to power by a ruling elite that feels a sense of entitlement that it has to hold on to the levers of power to eternity. This became its only motivation even when it became clear the country was going to be fragile because of it.

In the period of old Sudan, South Sudanese have seen how politics is not a life-giving force. The most disillusioned have begun to compare the present and the past and have yearned for a bygone era when, in spite of the political oppression, they seemed to thrive better. Of course this is a result of the irony that their liberators have often behaved worse than the oppressors of the past.

This feeling is now almost all-pervasive and has deadened the people’s political consciousness. When people cease to believe in hope they reach a stasis that enslaves them. Some who seem to succeed in the cocoon give the others a false sense of optimism that all will be fine when it is clear the only way to move forward is to break out.
Do South Sudanese need a passing voice to remind them they can’t stand it any longer?

← Mixed reactions evoke as S. Sudan rebels set to release top government official
RECOGNITION AND CONGRATULATION FOR THE NEW LIGITIMATE BOARD OF LATJOR COMMUNITY ASSOCIATION THAT WERE ELECTED ON 1TH FEBRUARY 2015 →

Education Sector gets enough budget for the first time.