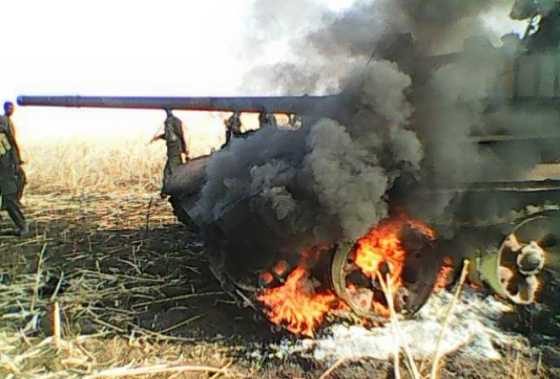 March 5, 2015(Nyamilepedia) — Today around 6:30 Am, government allied troops and militias launched multiple attacks on the opposition forces at Gerbani and Dukduk, in the far North of Upper Nile state.

“Government has been trying so hard for all these time to take the control of these areas but our freedom fighters have repulsed and chased them toward Renk town this morning” Said an SPLA-IO officer, Wat Peter, in Renk County.

According to SPLA-IO military sources, reached over a satellite phone at Wadekoni, random movements of SPLM-Juba troops and militias have been traced towards their strongholds.

“The aggressive forces of Salva Kiir are now advancing towards Wadekona to regain the control of the area which had been under our  army control” Said Clement Mead, an SPLA-IO officer at Wadekona.

“The SPLA/IO repulsed all those attempted attacks by the Government troops”, the officer continued referring to earlier attempts on their positions.

Despite that the battles have ragged on for over a week in multiple parts of Upper Nile, the two warring parties are yet to determine the number of casualties, and other military losses and gains.

In other reports, Juba Military Spokesman Col. Philip Aguer reports attempted attacks on their positions at Ayod suburbs in Jonglei State. The spokesman confirms that their forces have repulsed the aggravating SPLA-IO forces.

The United Nations has confirmed intensive recruitment and abduction of hundreds of Children, who are as young as 12 years old, by government allied militia under the command of the newly integrated rebel leader, Maj. Gen. Johnson Oliny, in Upper Nile.

In Addis Ababa, the South Sudanese principals, who have been in talks for the last three days, will resume negotiations passed the agreed dateline this morning Addis Ababa, Ethiopia.

“To what I know; unless the unknown happened today as a gift of God. To my understanding as per the meeting which we were with President Kiir up 8pm yesterday; there is no hope and there is nothing good in this meeting” Said the lead negotiator of SPLM-IO, Dr. Dhieu Mathok Diing.

SPLM-IO gives the UN Security Council a green light to impose sanctions and armed embargo on the two warring parties to cease hostilities and restore stability in the country.