Condemnations of targeted Killing Of Intellectuals In Akobo East County 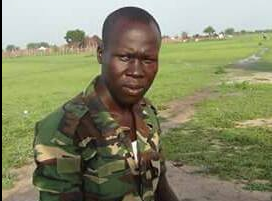 Puok James (Pow James), a journalist who has been corresponding for Nyamilepedia, and other media houses from Greater Akobo who innocently targeted in the recent tribal feud in Akobo East Count(Photo: file)

May 20, 2015(Nyamilepedia) —- I’m deeply sorry for what happened in Akobo County today (Wednesday May 20, 15), the killing of two highly intellectual young men by civilians because of inter-clans revenge among Akobo’s citizens.

To be honest, I’m deeply dismayed by the tragedy death of both Mr. Yohannes Pal Kuek and Mr. Puok James (Pow James) who is also a very well known journalist. Pow James has been actively reporting on Radio Tamazuj from Akobo. This incident on them is a crime against Humanity and this must be highly investigated.

It’s not the first time; the clans in Akobo have been targeting the intellectuals who are far from the clans’ skirmishes. Civilians used to fight among themselves, but revenged their love ones by killing an intellectual instead of the killer who killed the person.

Pal and Puok had nothing to do with this conflict between Chie-tot and Chie-Majoak of Akobo East. Of course, Yohannes Pal is from Chie-tot, but he knew nothing about the conflict. He was just an innocent intellectual who went to Akobo for Data Collection on his Master’s Degree Thesis. Mr. Puok James was innocently killed because he walked with his friend – Pal. They both were killed while visiting some NGOs’ vicinity in order to access Internet.

I therefore urge the authority in Greater Akobo particularly Akobo East County to intervene and quickly hold an emergency meeting with civilians to decide whether the intellectuals are no longer needed in society so that they can evacuate the County. 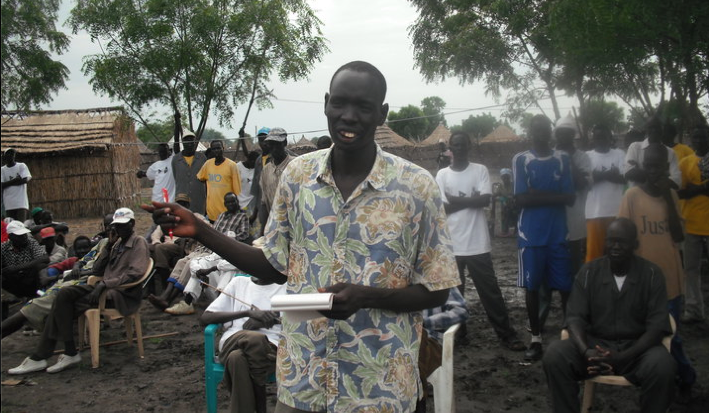 Intellectuals are our doctors, teachers, administrators…etc. There is no way at all to target them in such useless and nonsense conflict. I want the Greater Akobo in Abroad and at Home to quickly dispatch a team on the ground and address this issue.

Yohannes Pal held Diploma in Accounting from Queen College in Addis Ababa, Bachelor of Arts in Accounting and Finance from Ethiopia Adventist College and Master Degree in Economics in Unity University in Ethiopia while Puok James with Bachelor in Journalism and Communication.

Once again! I strongly condemn the incident in the strongest term possible as Peace Ambassador and I strongly appeal to Authority in Akobo to critically look into situation so that civilians are aware of the importance of an educated person.

Civilians need to refrain from such acts otherwise a possible evacuation of intellectuals caused by fear will be imminent in Akobo County.

I extend my heartfelt and condolences to the deceased family to leave everything’s to God.

As an actor, I met Puok James during 2010 General Election in Akobo and we talked about how we should act a movie to curb such crimes that include the clans’ skirmishes in Greater Akobo. This was after I released my Movie in 2009.

Puok was a great and talented young man who openly talks to people while Yohannes Pal Kuek was my mentor who taught me Science subjects in Class Eight (8). Pal repeatedly taught me Introduction to Economic during my First Year in University and recently guided me on my Research paper early this year.

Mr. Pal is my role model and I must say that I learn so much from him.

I will always remember these two gentlemen as brothers, charismatic leaders and visionaries!! I believe a Foundation will be one-day build for them by Akobo Community to honor their roles.

I pray for God to comfort their family.

Let them rest in peace, Amen!!