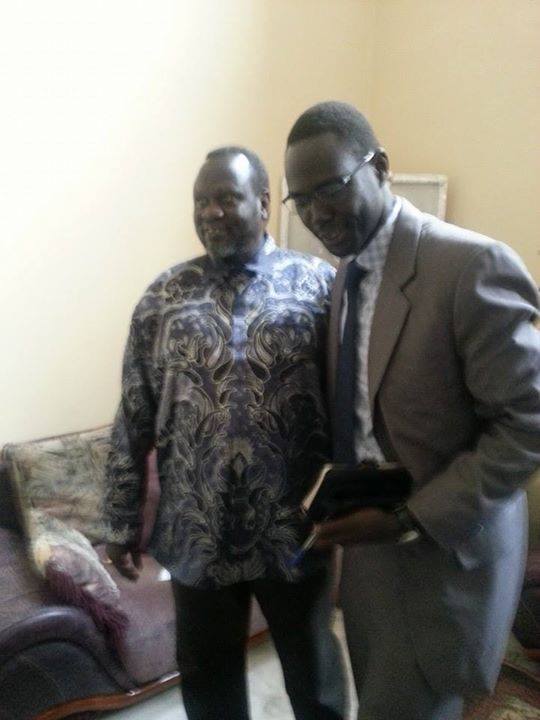 May 27, 2015(Nyamilepedia)—You must be out of your mind if you cannot agree with me in this argument. As denial, liars and lack country hood become a habit to manipulate and demonized those who yawning for change.

First and foremost, let me have few observation about Decentralization governance system current we have in South Sudan.

There are so many reasons why this system failed the country both politically and economically. The simple fact about it is that, decentralization system was first water and nurtured with communist ideology during the guerrilla error.

As a result, none system of governance was invented, own and then become a form of distortion and gradually become discriminatory setting that promote divisions among our citizens. Therefore the only savior and reliable governance system we have left is the federal democracy system recently passed in Pagak.

Dear compatriots, I have to wonder why we are so difficult to adapt a system that promotes equality, justice and freedom. A governance system that encourage and empower every citizen in the country to fully participate regardless of what tribes they are or what region they come from.

You must be so negative and pathetic to suggest that, current system in Juba would be preferable even with its current form. Every citizen deserve an accountability settings, the same to the government, they need a system that has divide it powers according to the level of the government.

The three levels of Government include Legislatures, Executives and Judiciary.

In simple term, those levels in Juba are just like a toilet papers under kiir mayardit, I therefore cautiously would like to remind our readers that, constitution or law cannot in anyway be discharge or own by individuals in the country.

Decentralization that we have under kiir has failed us dearly, so i can’t see how we can fix it either. However, I believe federal system remain the only glimmer of hope to the new nation.

In fact this system has more positive political, economic and social moral as you would imagine.

To be frank, I totally have fallen in love with this system. Indeed, this has prompt me to stand tall and asking my compatriots, my country men and women who have the inspirations to take this nation back to her people to joint me and other comrades that are already in the matching to establish a governance system that will replace the current tribal, rotten and unworthy system which had caused us so many lives.

Federal system need to be roll-out on time so that citizen understands it ingredients and how healthy it is.

Dear state men and women, the good thing about this system is that, no one will ever squeeze you like an orange nor anybody would pile you like a banana.

In other word, you will be the most powerful person in the country not the president; you will hold public servants accountable for corruptions, tribalism. nepotism and killings.

Therefore, there is no time to wait; this is because the fundamental principle to civilization and formation of good governance is that, good leaders work tirelessly to set up a system that promote democracy and good governance for years to come.

This is what our dear leader, our brother and friend Dr Riek Machar has been doing since he joined the struggle many years ago. It is clear in the record, especially on national issues, I can’t see any reason that could make you doubt this system given his strong advocacy on many issue including self-determination.

He has been someone who would like every citizen to have a fair ago. He is also someone who do not agree to leaders whose their aims is to loots public resources and misusing of people’s power.

South Sudanese let us grasp this opportunity for our future and our children’s future.