Column; Heating the nail on its head 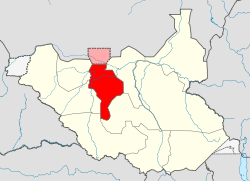 June 13, 2015(Nyamilepedia) — To explore the cause of food insecurity and conflict in war rap state and consequences for local communities. Over one thousand civilians in warrap’s population lives in prone of extreme food shortage due to corruption as an order of the every morning news in warrap state under current leaderships of Madam Nyandeng Malek a wife of the most famous lecturer. The population is undernourished due to food insecurity in this 2015.

Conflict repeated crisis widespread insecurity continuous to significance curb any forms of progression do people in warrap state wants. People are directly affected by one or other more fighting which will continue to destroy infrastructure vital to any economic activities.

In the five years time of the leadership of warrap state, the frequent conflicts have made this state one of the most food insecure in South Sudan and to make matter worst, it is the home land of the president of Republic of South Sudan. Therefore, the priority aspect of peace and development in this state still very poor   and the reason made it difficult to achieve is because of the top political elites who incites innocent civilians to fight each other.

It has been a long history on conflicts in the communities’ levels due to cross-border disputes between communities of different counties. The conflict disruption begins on households and their support comes from politician and this had led to displacement of people from their homes , caused and raised vulnerability factors at households to exposure to more risk. Indeed, the youth are arrested randomly in expression of their speeches from directives of governor .

The content of frequent conflict in warrap state has taken different dimensions. This internal conflicts, and political violent have resulted to losses of lives in the state. In addition, the pastoralists will not be able to grass their cattle in land areas of their rivals and all this is due to poor governance in warrap state’s current leadership in addressing the enmity among different sections of the Jieng ethnic groups of Warrap.

The conflict in this state can severely affect socio-culturalism, political ideologies and power relation between state’s government and normal residents which will be risk to the lives of people in warrap state as large. The government of Nyandeng Malek does not know the lives of people she is governing. The conflict exacerbates the vulnerability of poor people, displacing them from homes and depleting their assets. This has more negative impact on long term development, diverting scare resources away from development projective into wars.

Warrap state’s members of parliament are still pointing their fingers squarely at central government for quick response in a state affair while not knowing the primary responsibilities of state and its local government. I agreed that the state government is responsible and must be blamed to the fighting that erupts in many communities because of most reluctance to intervene in controlling the situation The government of the Republic of South Sudan should look into current critical moment in warrap state.

This regime has totally lost the way into good leaderships in the state. The rule of Nyandeng Malek continues to bury state and develop corruption and poor governance. Warrap state is in the grave between Nyandeng’s administration and claimed politicians in Juba.

The politicians in warrap states are turning to be businessmen by locating contracts of states to member(s) and undermines the well-being of the citizens’ lives. Even the governor has her own firm and gives contract to her newly born son. All the tax revenues goes to different pockets. Education in warrap is very poor due to misallocations of education services.

Warrap state is the least the state in term of development, health, education. In the state headquarters, there is only one secondary school and currently the school is almost collapse, is that the good governance is madam governor looking for? During campaigns, her manifesto was full of good promises of which she touches none and overturns the manifesto.

The government budge under current leadership is done in the window and passed at the house door. It is only government of Warrap state where by minister gives recommendation of sacking other minister in the office and replaces him/her with whoever they wanted not whoever we wanted for development. The youth are desperate with the governance of Nyandeng.

Currently, the MPs in the parliament are excluded in decision making. I thought corruption is something that is only practiced by men,   but it becomes also the most thing that women can do as shown and practiced by madam Nyandeng Malek the wife of an academics. We expected her for positive roles in development but she is busy generating her business, better houses for her children.

The element of violent and corruption in warrap state becomes the order of daily news. Since the clashes in Gogrial and clashes in Tonj started, she hasn’t made any intervention and she is state governess. How should she blames central government on intervention ?

Despite this, she was a signed to bring good governance into existence and put an end to corruption, the time people knew nothing about her as a someone who can work oppositely as she sworn to make corruption with her two feet. The current cabinet of ministers in warrap state are unquestionable too, everyone knew them very well it is their governing principles also the principle of looting resources.

We are aware of corruption practices that the senior state government officials are involved in corruption. They are doing their business with private investors in collaboration with foreign companies. The disclosed, of secret to parliament later has resultant to firing of one minister from his position. What kind of future does the governess of Warrap trying to make?

Warrap state’s governor has stopped brave journalistic investigation of uncovering states service of education sectors. She also burned the freedom of speeches which is disregarded to the rule of law. State government is not working in collaboration with the parliamentarians.

Even one year old child in warrap state knows how far this government of warrap state has gone with corruption. Governor doesn’t have positive vision and mission . The poor leadership style associates of appointing incompetent ministers in the state. Corruption is the main key to underdevelopment. I blamed the governor for running the state ineffectively and inefficiently way due to her incompetency in the office. Iam not also surprised seeing the coordinator of Warrap state in Juba working poorly, an office that he doesn’t deserves. He performs office affairs at his own sleeping house. How can he defends Nyandeng when he knows well that Nyandeng is not needed by youth? Any way he is fighting in protecting his position.

Conclusion, the national government should remove the current governor of warrap state for the betterment. We need development in warrap state which will come through good governance from different people. We the youth of warrap needs someone who will not take public service to his/her beneficiary. People like Lt. Gen. Salva Mathok , Diom Cherdit, Makana Akol, Yel Mayar and Gorgory Vacila. The poor governance will stop if national government can give one person among the above mentioned people to lead us . To be continued .

Ajang Malueth Ajang Nhial is pursuing concurrent degrees at different Universities in Kampala, bachelor of International Relations and Diplomatic Studies at Cavendish University and bachelor of Accounting and finance at Saint Lawrence University. Uganda   He can be reached at +25679995330/+256786364488.