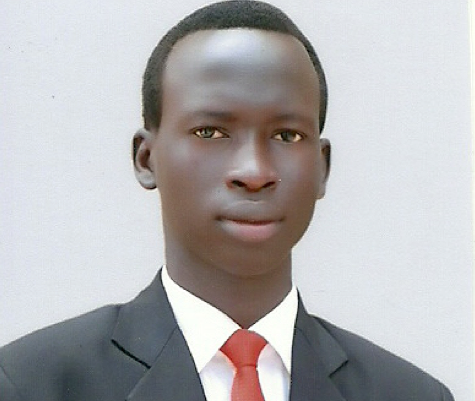 June 29, 2015(Nyamilepedia) — The practice of Politics differentiates who stands on what he/she believes with clear guiding principle that maintain people‘s interests who voluntarily voted him/her in parliament and who practice the politics for narrow individualistic goal. We shall take an example from these MPS of Warrap state the world‘s founders of the above theory in politic.

The recent political pregnancy in Kuajok Warrap State ‘s headquarters was so much interesting to whoever comes from Warrap state and outside Warrap. There was high expectations and euphoria of delivering better political results if the MPS we elected in to represent our inspirations cooperatively fight for an interest of Warrap citizens and not theirs.

That was a hope of citizens  who fed up with governance of ransacking the public resources. Nothing they were expecting from MPS in toughest political period, apart from dislodging Nyandeng from leadership through voting.

Surprisingly, it turned to be an empty; things changed and ended up shockingly, a five years worst leadership which is siphoning resources being endorsed again. Absolutely there were no wishes for an endorsement. The outcome becomes MPS hunting money in political conflict.

One was eager to approve MPS he/she voted for to represent his/her interest in parliament. I cannot explain how the citizens of Warrap state both in home and Diasporas were following this political move. Before taking you deeply through an article. I would like first to explain this newly political theory discovered by MPS of Warrap State.

The theory of hunting for money in politics is a new modern theory invented by Warrap state Parliamentarians in Africa ‘s newest nation South Sudan that the theory of hunting for resources (money) in politics is distinguished political theory which Member of Parliament (MP) or a politician fights for his/her own interest in any government public institution either in parliament or other departments and is only achieved through intentionally betraying, destroying and undermining the citizens ‘s interest despite their outcry.

In addition, MP concluded money is valuable than so called public interests. This theory was founded by majority number of MPS who voted for a governor of State who accepted theoretical believe of her MPS, Nyandeng who is a governess also contributed in this theory that politics is an art of temporarily bribing an illiterate and half oriented parliamentarians to back up and give you a new political mandate to lead people regardless   of their past  leadership style  differences with them, provide that you move from house to house of all MPS at night hours handing over a huge amount of  money to each and every MP , beseeching them to vote in favor of you and promise them to reward again if they honestly force you on people through voting. Forget the primitive minority political antagonists who says they are fighting for public interest.

The governess in her theorized modern political credo further added in contributions, an illiterate political supporters you bribed at night hours will be the first people to wake up and go to parliament in earlier morning saying we need mandatory extension. It is an end of theory of Warrap MPS.

The mandatory extension of Nyandeng Malek in Warrap state political affairs had caught debate on various media. On facebook, citizens were discontented with MPS for how they turned down prognostication for unsetting Madam Nyandeng politically. I came across different social online newspapers; MPS who voted for Nyandeng were extremely challenged and blamed.

The compartmentalization of MPS in Kuajok in removing out Nyandeng had not only left the citizens with agony, but with distrustfulness. Most of the citizens from Warrap state show no truth again to their MPS for failing them. In actual sense, we had bemoaned for having such kind of MPS in this modern political world.

Regardless of being bamboozled by these MPS, there is no an end of elections. Few MPS who made it to opposite leadership extension will surely have space to stand and tell the citizens their next vision and mission in parliament. Then these befuddled and politically kid MPS will go back to their homes and spend money of their theorized politics if an election comes.

The greediness for money brought into politics by MPS who voted for Nyandeng is a bad precedent and apocalypse of public interest. Their illusion that money is everything had caused them repercussions of being betrayers and they will be voted out in the next elections.

In real sense, their political malpractice had reminded us for being atavistic politicians who are too weak to vindicate that an interest of citizens. I termed these politicians of Warrap as a face value and just money combatants in Warrap political affairs won by governess who dominated political rivalry between her and SPLM supporters.

This poor recently theorized political dogma of face value MPS which they fathered will not be feasible in Warrap political affairs and Iam optimistic there will no social egalitarian that can appreciate and contribute to it for it lacks public appreciations and interest.

Without skepticism, our MPS especially those die heart and unlearned political protagonists of Nyandeng joined politics just for these few outlined reasons I mentioned below.

The indispensability of a good public interest politics is not valued by MPS. These MPS needs serious confabulation about remodeled politics before they go back to their houses. Indeed many citizens were cognizance about the political weakness of such MPS.

The main cause of this Warrap state unproductive political hegemony by incumbent governess is a weakness of MPS. Mandatory extension would have not be acquiesced if MPS were really caring about sentiments of citizens who felt tired of Nyandeng.

However, the unsophistication of politics in Kuajok which politically unskilled MPS failed purposely to acknowledge public opinion had caused darkest outcome.

MPS decision of approving an extension of leadership had generated now political cataclysmic in Kuajok. More importantly , I unequivocally and honestly had no a single problem with madam Nyandeng despite the fact that she was enforced on people of Warrap State by untouchable SPLM top Senior politicians in Juba during elections.

I only disagreed with her on some social pivotal issues. An issues like how she ingloriously made and turned her leadership to be an oppressive regime to citizens. Where on earth leaders threats citizens and warn them to leave a part of territory he/she governs if it is not a politicians enforced politician /leaders?

I mean here, a politician like her (Nyandeng) who was enforced by SPLM politicians on people of Warrap State for best reason known to them. To assure you fellow readers, Warrap citizens were not ready and interested for her to be their leader but for other politicians, as in regard to this, they (citizens) were left with no free option to vote for politician they admire since SPLM Juba based high profiled politicians rallied behind Nyandeng and told the population who came to political rally in Kuajok freedom square that they must vote for Nyandeng Malek.

Is that democracy these politicians sings always or there is misunderstanding of political definition of word democracy? This is a force and misleading of citizens to visionless politicians.

People should be allowed to exercise their political will instead of being impelled to wrong and population undecided direction. SPLM politicians should not repeat such fruitless decision next time. The will of citizens should not be upheld and dictated because of political status one had.

Well, if it was procedures she came into power as I clearly stated above, she would have justify the good reasons and qualities of leadership SPLM top politicians were enforcing her on people. Realistically, it is a thing she would have done if there was basic political reasonability with her.

My opposing opinions with her leadership generates centrally on how she uses power to abuse her political opponents, inextinguishable corruption and failure to provide promised basic needs to community of Warrap .Better roads are questionable in many parts of Warrap state .

As the matter of the facts significantly, what I don’t like from this madam is a use of outdated political Ideology she exercises on people. Leaders are supposed to convince not to be brutal to people if they differ in some disagreeable issues.

The current mandate granted to Nyandeng lacks consent from majority of citizens.

Good qualities of leadership this madam had are inconvincible. I mean she lacks them. What is famously known from her is that she is an emotional and reactional leader to opponents. The dissatisfied members of state don’t need the leadership of Nyandeng utterly.

John Lock, a Scholar who contributed in political science said in his political writings, any civil government depends on the consent of those who are governed, which they can withdraw at any time if a person representing it (leader) turned to be politically devil or he/she failed to acknowledge and fulfill an interests of people.

Comparably, citizens are ready to withdraw their power from Nyandeng. It was the main reason they were unhappy with MPS. They want withdrawal of their power and let Nyandeng go.  Madam does not only abuse Warrap when it comes to leadership.

She went ahead to appoint the majority of her cabinets who are unturtored or do they have the skills to understand the situation or do anything relating to services provision. Some of the ministers are absolute senior secondary school students. These students ( Warrap state ministers) are just beneficiaries of the corruption being spearheaded by madam meanwhile civil population is starving.

In her administration there is also big cronyism. It is happening currently. In the end, MPS made a sad decision to unwisely enforced superfluous Nyandeng to rule community who are hunger for principal leader. A politician who is distinguishable not these self made politician (s).

How can they tout for a politician who is a totalitarian and detrimental to citizens’ lives? A leader who is Scornful and bulldozer of Warrap state political rivalries. This is political moronity.

Realistically, She would have not be given chance to keep braggarting over her opponents.   These susceptible MPS have had absolutely reduced our hope for whole political system change in Warrap State. The parliamentarians should be the voice of the people not to sit in parliament and approve ineffective, incompetent and meaningless leadership of Nyandeng.

Our parliamentarians in Kuajok have to protect the will of people instead of allowing themselves to be influenced resourcefully by needless leader. Finally, congratulations to MPS who voted against Nyandeng. You had tried your best.