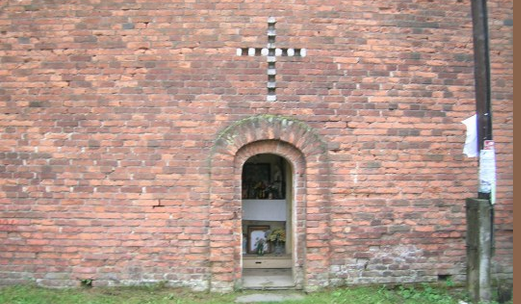 August 12, 2015(Nyamilepedia) — Although the church yet today plays a very dominant role in politics, Jesus himself – during the days of Caesar, then ruler of the Roman Empire – authorized the separation of the church from politics. The consequent was that Christ always used to teach indirectly which made it difficult for those who attended his teachings to analyze his teachings accordingly. Well, today it is revealed.

The authoritative Christian text regarding the status of the church from politics is the greatest passage found in Matthew 22:21, in which Jesus Christ himself was quoted as saying, “Render therefore unto Caesar the things which are Caesar’s; and unto God things which are God’s”. Although religious scholars yet today maintain differing intentions and analysis towards this phrase, it has been understood, throughout Christian history, as an authorization of a separate existence of the two, the Church and the politics. Too, the development of human civilization and the existence of multi-religious societies made it very clear that the separation of the Church from the state is possible.

Despite the fact that religious scholars disagreed on the authenticity whether Jesus meant that the church and the earthly authorities remains separate, there is a common ground which suggests that Jesus was saying that he came for God’s mission and that Caesar and his Authority remains a separate entity.

The Jews, before the birth of Christ, thought that the Messiah which was prophesized by early prophets was somebody who is coming to accomplish an earthly mission, for example to free the from the Roman prosecution. And that all the political woes of the Jews people were to be solved by the Christ himself.

In Africa, the secular hegemonic nature of the founding of certain African nations brings in to account the political meaning of colonial religious tradition. Christianity in Africa is projected as a part of persistence in the debate about the national questions such as: who to rule the society. Despite the fact that constitutions of the modern democratic state are secular one, church still influences politic. Church in Africa, in spite of the constitutionality of secularism, have more to pursue through politic. Example is the article eight of the South Sudan constitution, which reads as:”religion and state shall be separate”, “All the religions shall be treated equally and religious beliefs shall not be used for divisive purposes. Nevertheless in spite of the constitutionality of secularism, being a none-Christian, both in regard to the South Sudanese society leads to stigma and the government, which is supposed to enforce the Law, is run by individuals from the same society.

Developed countries too have the same religious catastrophe. Article 2 of Argentine reads as: the federal government supports the Roman Catholic Apostolic religion. Too, likewise, Denmark, support Christianity as its official religion. Article 4 says: “The Evangelical Lutheran church shall be the established church of Denmark and, as such it shall be supported by the state”.

South Sudan must get out of the same way other secular nations pretends to be exercising and enforcing religious rights which in return is against the fundamental freedom of non-Christian citizens. South Sudan is a land with different types of religions, they are all South Sudanese, and the mother of these children must not disown and accept one among her children. We are all created by God, and unto him, we are of the same value to him and he is the only supreme judge to all the mankind.

I am aware that some may doubt me on matters regarding religions in South Sudan, but for me to justify that there is religious stigmas in South Sudan, I have an example, and that is the fact that even non-Christian South Sudanese citizens who beliefs in African traditional religions names themselves and their children using Christian name. And should any one dare to correct me on this fact, he must constructively answer a question: Why even those who never went to church, who never saw Christian priests, and who never heard of Baptism named themselves names such as Michael, James, John and so when they posses evil spirits and demons in them? And I hope I am perfect and victory for me, in regards to this question, is mine.

Tor Madira Machier is a South Sudanese columnist living in Egypt and can be reached through: tormadira2013@gmail.com or visit his blog: tormachier.blogspot.com

← Personal Observation: Dr.Rek Machar Teny Dhurgon Has To Be Praised For His Just.
Greenhorn Generals are the Weakest Links in a Chain →

Rome Peace Talks to resume in Kenya on Monday