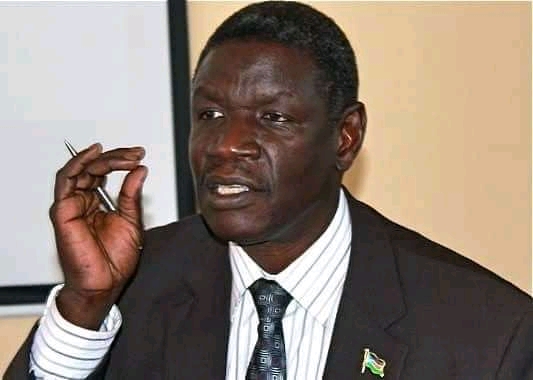 Last week, South Sudan’s President Salva Kiir Mayardit reportedly revealed during national peace prayers that, he would press ahead with the formation of the transitional government of national unity if Machar does not show up within the agreed timeframe in November.

“Mr. President Yesterday’s prayers conducted at the front yard of J1 by clergy of the various denominations in our country was indeed appropriate for coming together in solicitation for lasting peace in our country. It was a prayer day following, in the same sense, on the footsteps of the one conducted at the Vatican in April 2019, where the Holy Father kissed your foot. Mr. President,peace is a prerequisite for development and prosperity. The Revitalized Agreement on the Resolution of Conflict in South Sudan (R-ARCSS) is an instrument which was designed and intended to bring lasting peace to our nascent country,” said Odwar.

As the clock ticks towards the November Deadline, when the two leaders – among other signatories, are supposed to form a unity government, the SPLM/A-IO’s senior official said he was ‘shocked’ to learn that President Kiir was planning to form a controversial unity government.

“To date, as you are well aware, there are critical provisions of the Agreement that must be implemented before the formation of the Revitalized Transitional Government of National Unity (R-TGONU).
I was utterly shocked when, during the prayers, you asked me to convey to Dr. Riek Machar, leader of the SPLM/A (IO), a message to the fact that you shall forge ahead and form R-TGONU with or without SPLM/A (IO) by November when Extension of the Tre-Transitional Period comes to an end,” he added.

He appealed to the President to reflect on the consequences, if he formed a unilateral unity government without involving the leadership of the SPLM/A-IO, one of the key signatory Parties to the R-ARCSS.

“Formation of R-TGONU without any one of the signatory parties to the Agreement, especially when critical provisions of the Agreement are not implemented, tantamount to violation of R-ARCSS. Mr. President, I would implore you to seriously reflect on consequences of your would be unilateral decision to form R-TGONU without SPLMA (10). In the least, your declaration conveyed a negative moral not only to the citizens of this country but also to the people of this region, Africa and the entire world.”

If he goes ahead as he was planning, the senior opposition official pointed out that this would definitely imply that, the president does not care about the suffering population, nor does he value the lives of millions of people currently suffering in refugee camps.

He further blamed the President for his reluctant to disburse the funding needed for the timely implementation of the peace agreement.

“On your side Mr. President, the will to implement the Agreement in letter and spirit, is abysmally lacking. You have failed to avail implementation money that you promised for the Extension period. Your statement of forming government in November with or without a very important peace partner does not send a message of trust and confidence building for the sake of realizing peace,” he stressed.

Adding that, “Mr. President, we have come a long way since 12 September 2018. The ceasefire is holding. The security arrangements are disturbingly inching forward. It only requires a political decision by you and the other principles of signatory parties to reach a decision on the number of states and boundaries.

He stated that, there are signs of improvement in this difficult situation and that it would be regrettable to lose the last-ditch peace agreement at the very last moment.

“We can “see the light at the end of the tunnel”, so to say. So let us not wreak the boat of peace before reaching the port. Let us together learn from the past and step up to bring peace to our country.”