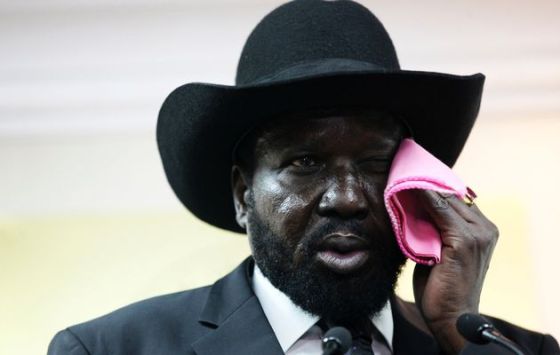 On 03, 10, 2015 ( Nyamilepedia) — In the response of Salva Kiir’s decrees for 28 states of federal system of governance. What is the meaning of power sharing between Salva Kiir and Dr. Riek Machar? If he starts work in absence of first vice president of Republic of South Sudan for the current peace deal signed by two of them. To me, it is meaningless and really violations of peace deal that brockered by IGAD-Plus in Ethiopia, capital Addis Ababa because he cannot initiate the powers without concern of first vice president.

Jieng (Dinka) of Pigi County, Dinka of Baliet and Dinka of Renk County

What is the connection of Jieng (Dinka) of Pigi County, Dinka Baliet, and Dinka of Renk County to be one state? Why they are grouping together? Is it because they are all Jiengs (Dinkas)?

Why Malakal given to be state of above mentioned Jiengs (Dinkas)? We all know that Malakal is belong to Shulluk Kingdom and if we adopt federal system of governance then Malakal should be given to Shulluk Kingdom to be state HQs. We, as citizens of South Sudan denounce and condemn the creation of 28 states in the strongest term possible.

I also advice the wrongdoers those who influenced the president wrongly to adopted 28 states, yet the nation is in transitional period to work alone and still pursuing his own interest and I can term it as repeating of 2013 genocide which took over 20,000 lives that administered by Salva Kiir and his ally therefore, the country is in process of transformation in which we call it transitional of national unity.

Salva Kiir doesn’t mean to committed himself to bring peace back to destructed country that’s why he works opposite to peace. Let me prove it right, when the two rivals had given 17 Aug. deadline to sign the final document then president failed to sign the peace deal on the same date and his rival Dr. Machar signed the document the same 17 Aug. 2015.

When he signed the document then he called IGAD mediators to come to capital Juba for the pretext that Chief of General Staff Lt.Gen. Malong Awan wanted to take over power by force and mediators came to Juba to witness signing of the peace deal by President Salva Kiir 0n 26 Aug. 2015.

Jieng council of elders is comprise of Ministers, Advisors, Generals, Senior civil servants, Elders and including president Kiir from Dinka tribe in South Sudan. This group works without South Sudan’s constitutional mandate. The group was initiated the massacre of over 20,000 of innocent Nuer civilians in Juba, 12, 2013. We call upon Jieng Council of Elders to comply with constitution of Republic of South Sudan in order to lead the nation fairly without discrimination from citizens of youngest nation.

For the peaceful co-existent to be in the place it needs prosperity, equality, tranquility, consultation, and sharing of decision making in the country.

The author is concern South Sudanese and can be reached at jalduop7@gmail.com

← “Do You Think The Agreement Will Be Implemented”?
Nuer Youth Association In Australia Has Rejected The Creation of 28 States →

3 comments for “Why President Salva Kiir Breach the Peace Agreement?”